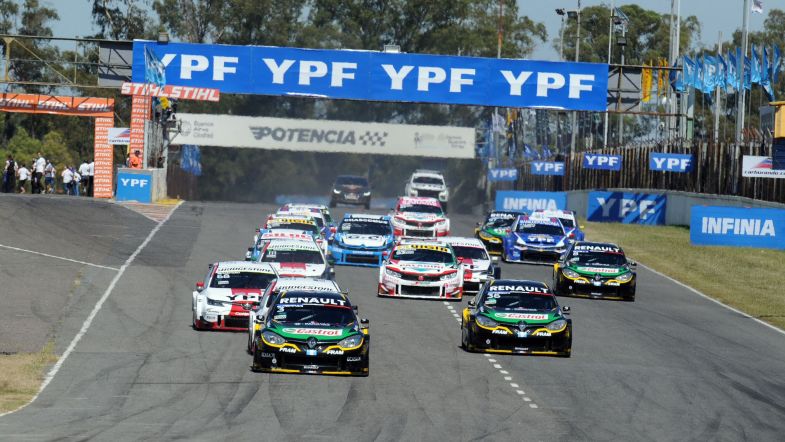 Pernía beat Rossi at the start and took the lead, followed by Santero and Damian Fineschi, who is making his Super TC2000 comeback this weekend for Renault Sport.

Former F1 driver Rubens Barrichello was running in fifth at the start behind the wheel of his Toyota.

Former champion Agustín Canapino had to start 17th and last after suffering a puncture during the qualifying race on Saturday.

He quickly made his way into the top ten by using the new “Push-to-Pass” system. It allows all drivers to activate an extra 40hp boost nine times during the feature race.

Pernia used the function to keep the lead from Rossi, who looked strong but did not have enough pace to seriously challenge the Renault driver.

Canapino moved up to eighth by using the pust-to-pass function, overtaking Facundo Ardusso, who has joined Honda Racing for 2021.

Pernía won an uneventful race just over two seconds ahead of Rossi, Santero, Fineschi and Barrichello.

Canapino decided to drop back from the final points-awarding positions to avoid getting a grid penalty, as all drivers finishing in the points are awarded a grid penalty for the coming round.

The next race will be held at the same Buenos Aires venue next weekend.