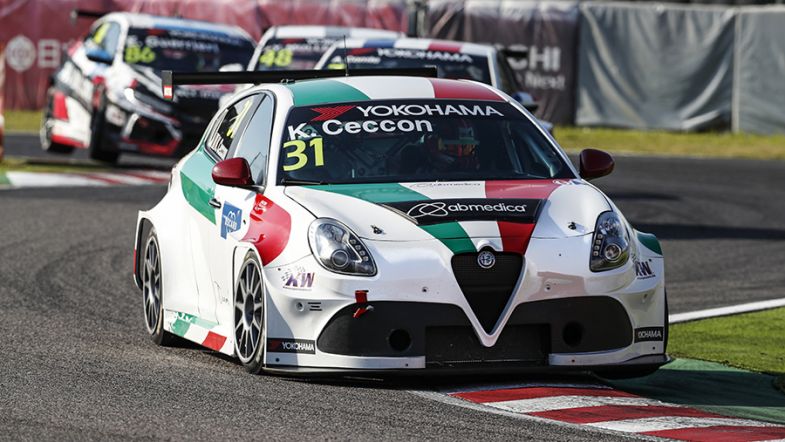 Kevin Ceccon has re-signed for Team Mulsanne and will drive one of their two Alfa Romeo Giulietta TCR race cars in the 2019 World Touring Car Cup.

“I was waiting for this announcement with enthusiasm. I was hoping to get a full-year commitment for 2019, after the good results last year, but in life, you never know what can happen,” said Ceccon.

“I need to say, though, that Michela and the whole Romeo Ferraris staff have been outright clear with me, expressing the will to continue working together, and that has been reassuring.”

The 25-year-old drove the last five rounds of the 2018 WTCR season for the team, replacing Gianni Morbidelli, and claimed a victory in Japan.

“When I look back at 2018 and what we achieved, I feel that we can be among the front-runners this year, although we should not underestimate the competition. I am really anxious to start hitting the track again,” said Ceccon.

The team is yet to confirm Ceccon’s team-mate but an announcement is expected prior to the official pre-season test at Barcelona on March 28-29th.

“We are happy to continue our relationship with Kevin,” said Michela Cerruti, Romeo Ferraris Operations Manager.

“He arrived last year at a very difficult moment, but together we achieved results that many would not expect. Our plan is to go ahead with a driver that successfully took up the challenge and was able to motivate everybody in the team. I am confident that with Kevin’s growing experience and the technical developments that we have elaborated during the winter, we will be competitive since the very start of the new season.”