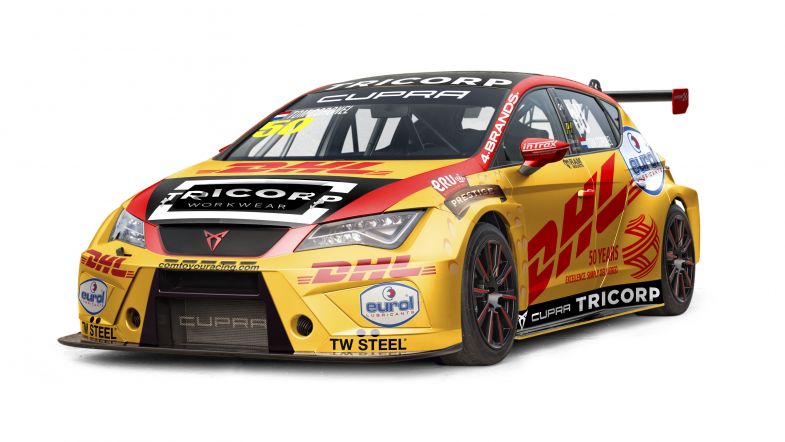 The 46-year-old has been a mainstay of the WTCR’s former incarnation, the WTCC, since 2005, and along with Rob Huff has raced in every season of the championship.

The switch to Comtoyou Racing comes after a tough season with the Honda Civic TCR in 2018, then racing with another Belgian squad, Boutsen Ginion Racing, in which his best results were a pair of seventh places in The Netherlands and Slovakia.

Coronel joins Comtoyou Racing, which were one of the strongest teams in the second half of last season, which for this year have split into two teams of two brands, running the Audi Sport Comtoyou banner for drivers Frédéric Vervisch and Niels Langeveld, while Panis and Coronel will compete in the first two Cupra TCRs confirmed for 2019.

“My contact with the team started at the end of last year,” said Coronel.

“After the races at Macau, I spoke with (Comtoyou Racing engineer) Kurt Mollekens. Our conversation got me thinking and after some discussions with the team led by (team manager) François Verbist and (team principal) Jean-Michel Baert, we made a good deal for the upcoming season.

“Jaime Puig, the former team manager of the SEAT WTCC team, also played an important role in the process.

“The contract also includes some test days, the first of them on 27 and 28 February when I will be driving a Cupra at Zandvoort, albeit still with a plain white livery. Eventually, the car will get its familiar yellow colour and my starting number for the upcoming season is 50. With that number, I want to put DHL as a sponsor in the limelight as they are celebrating their 50th anniversary this year and this seemed like a nice gesture to me. All the other sponsors from last year remained involved, so the rest of the car will also be a familiar sight for everyone.” 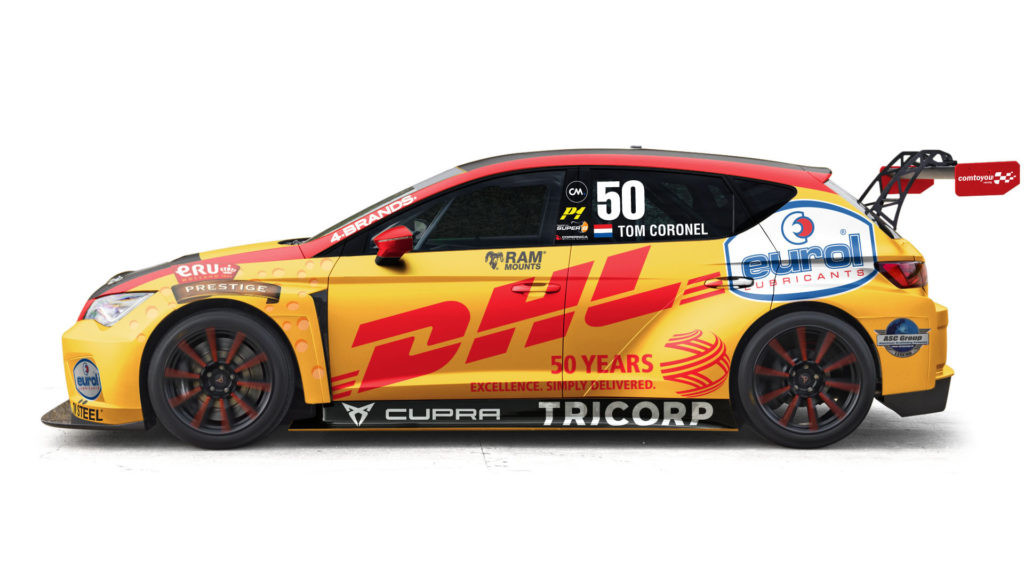 Coronel made his WTCC debut with SEAT in 2005, then racing with GR Asia in a SEAT Toledo Cupra, and scored his first win with in one of the manufacturer’s cars in Japan in 2008, by then competing for SUNRED Engineering in a second-generation León TFSI.

He remained racing SEATs up until the end of 2010, when he joined ROAL Motorsport in the new BMW 320 TC, the start of a seven-year association with the Italian team.

“I am delighted that Tom Coronel has chosen Cupra and I hope that we can achieve some nice results together again,” said Cupra Racing boss Jaime Puig. “I have known Tom since he started racing touring cars in 2001, he raced for our brand for several years already. He scored his maiden victory with a SEAT at Okayama back in 2008. There, Tom had a special mix of tyres, slicks on the front wheels and rain tyres on the rear wheels. I will never forget that! That is something he could repeat this year.”

Comtoyou Racing team manager Francois Verbist added: “I am glad that an experienced touring car driver like Tom has chosen our team. I am convinced that we can score some really good results together.”