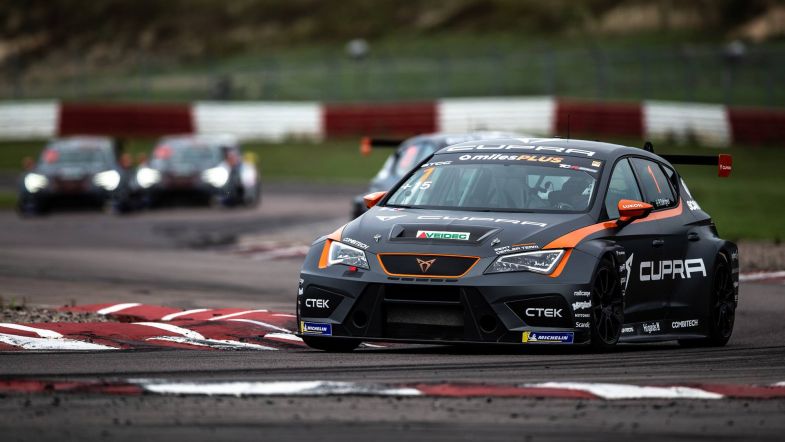 The PWR Racing team will make the step up to the World Touring Car Cup for 2019 after being revealed as the second outfit that will run the Cupra TCR.

The Swedish team has spent recent seasons racing in the STCC and took Robert Dahlgren and Daniel Haglöf to second and third in the standings last year, with Dahlgren claiming the Scandinavian title in 2017.

Mikaela Åhlin-Kottulinsky also took a victory for the team during the season, making her the first female drive to win a high-level TCR series race outright.

The news that PWR Racing will enter the WTCR was revealed by Jaime Puig – the head of Cupra Racing – as he reflected on the season ahead for the Spanish brand.

PWR Racing will join Comtoyou Racing in fielding a pair of Cupra TCRs in 2019, with Campos Racing – who ran Pepe Oriola to sixth last season – departing the series.

“Cupra continues to invest in the TCR around the world; it is our reference series, which we have dedicated ourselves to in recent years and where we are competitive,” Puig said. “In the WTCR there are manufacturers who arrive with a lot of money, but we can only help two teams Comtoyou Racing and PWR Racing.

“Cupra is with them, they are not factory teams and they have to find their budget and their sponsors. Comtoyou will run with Tom Coronel, Aurelién Panis and their sponsors in their cars and their colours, and in the PWR Racing team, there will be two other drivers yet to be confirmed.”

Puig added that he hoped that both Cupra teams would be able to challenge for honours in the series this season.

“In TCR the cars are very even,” he said,” and there is no car that dominates over others. So the difference is made by the team that has the budget to develop the car. There are very strong teams in the Championship, they come out to win and they have world champion drivers in their ranks. Our teams are also experienced, both with the car and in the WTCR, and the drivers are very good. From here we will see how everything goes.”