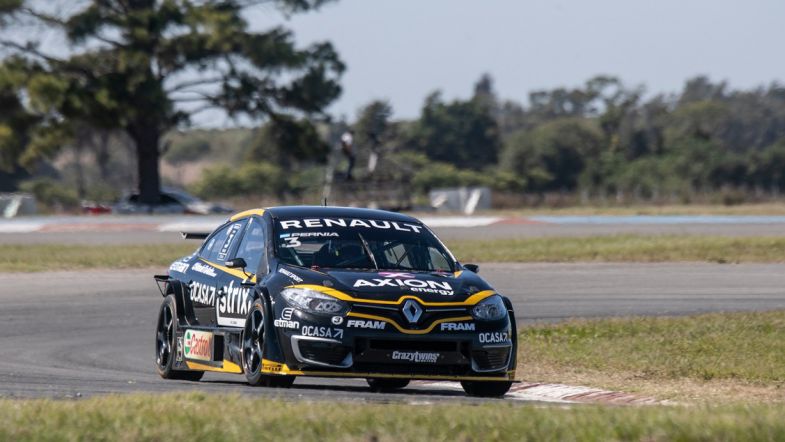 Renault Sport’s Leonel Pernía grabbed his second consecutive pole position at General Roca for the second Super TC 2000 round of the season. He was followed by team-mate Facundo Ardusso and Chevrolet’s Facundo Ardusso.

The Q1 session saw Renault Sport dominating with three out of four cars in the top six, making it through to the final Super Qualifying session.

Agustín Canapino managed to get his factory prepared Chevrolet Cruze into the final qualifying session alongside Julián Santero of Toyota and Mariano Werner of Fiat.

Honda Racing was able to put two cars in the top ten, leaving José Manuel Urcera and Ricardo Risatti on row five for the race.

As for Toyota, while Santero’s made it into the top five, Matías Rossi suffered problems with the engine ECU of his Corolla, resulting in gearbox shifting issues during qualifying, dropping him well down the order.

Pernía claimed pole with 1:34.143, three tenths of a second ahead of Ardusso. Canapino and Santero will start from the second row, seven and nine tenths behind respectively, ahead of Werner and Conta.

Bernardo Llaver of Chevrolet and Matías Milla of Renault qualified seventh and eighth ahead of Honda drivers Urcera and Risatti.

The race will start at 12:00 local time on Sunday.