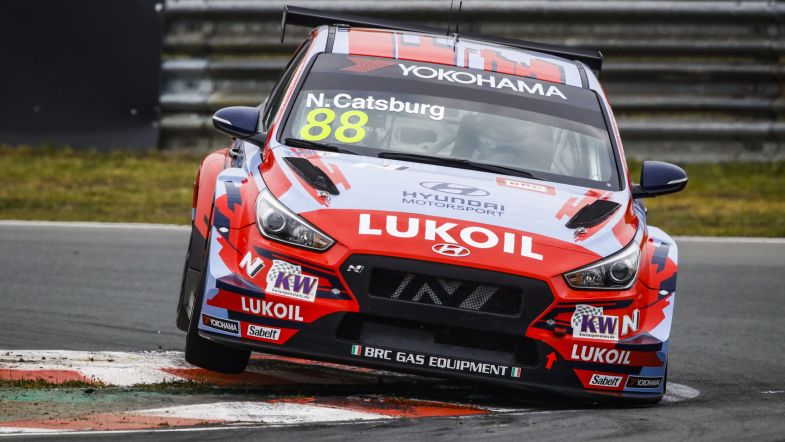 Nicky Catsburg, along with a number of teams and drivers, has accused Lynk & Co of playing games in Slovakia, deliberately sandbagging in order to earn the FIA compensation weight and TCR Balance of Performance adjustments which led to them securing a 1-2-3-4 result in qualifying.

The four Lynk & Co 03 TCRs locked out the top two rows by over half a second around the Circuit Zandvoort, leading to an emergency adjustment in BoP ahead of the race, reversing the tweaks made on Thursday by TCR promoter WSC, and taking away the additional boost they were given.

“Just looking at the facts – in Slovakia, the quickest Lynk & Co was 1.5 seconds behind me, today I’m nine-tenths behind them, that’s a change of 2.4 seconds,” said Catsburg to TouringCarTimes.

“That’s unexplainable. Well, it is explainable. This was too much, and it hurts a BoP championship. I think it was good they had the power taken away. I think even without the power, they would have been on pole here, so obviously there are some games going on – to be so far behind them is not the nicest feeling.”

In race pace, Björk and Muller led the way, just ahead of Mikel Azcona’s PWR Racing Cupra TCR, but Catsburg says that shouldn’t be read into too much.

“What you do if you are in control and in P1 and P2? You’re not going to just pull away and set the fastest lap of the race. They have smart people there, I know the team, I raced for them (in 2017), and I know they’re good guys, just trying to win the championship.”