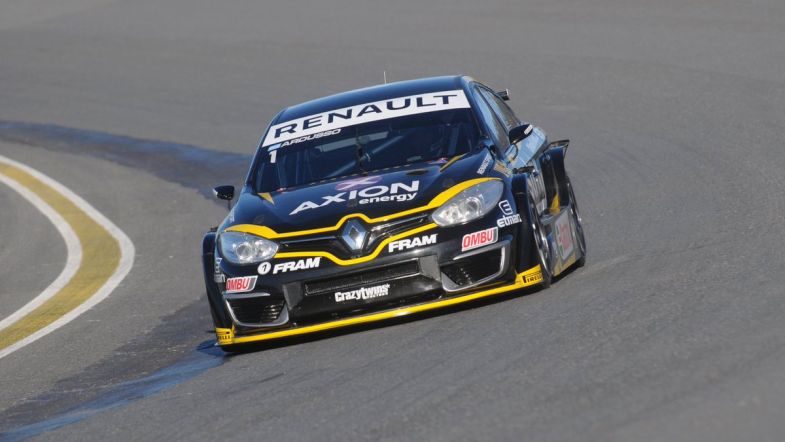 Facundo Ardusso took pole position for the Super TC 2000 championship round at Rosario, heading a Renault 1-2-3 with team-mates Leonel Pernía and Matías Milla.

The final Super Qualifying session was held in a new format with the fourth, fifth and sixth placed drivers of Q1 going out on track first in the form of Toyota driver Matías Rossi, Chevrolet driver Agustín Canapino and Toyota driver Julián Santero.

Canapino set a lap time of 1:38.957, almost a second faster than his time in Q1, securing fourth position and the second row, moving ahead of Rossi and Santero who claimed positions five and six.

Then it was the Renault drivers of Milla, Pernía and Ardusso. First, Milla beat Canapino, later Pernía moved ahead. But it was to no avail as Ardusso grabbed pole position after setting a lap time of 1:38.120 and secured the top three positions for Renault.

The Super TC 2000 field is running on the new Rosario circuit layout for the first time this weekend, measuring 4000m, compared to the 2595m of the old layout. The race is scheduled for 11:55 local time tomorrow.