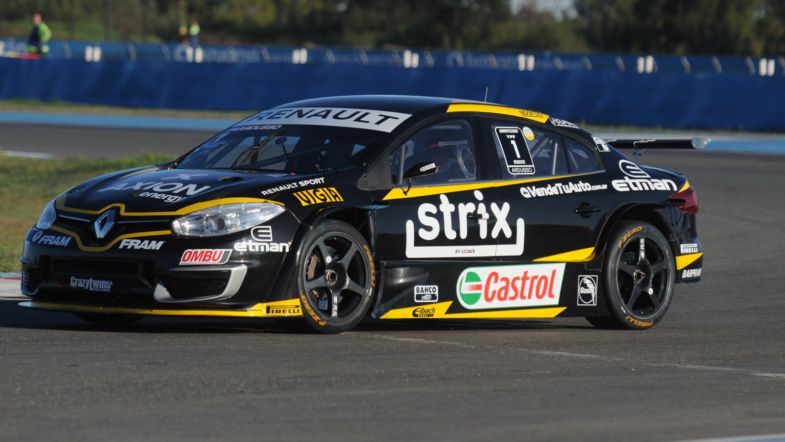 Renault celebrated a 1-2-3 win in the fourth Super TC 2000 fourth round of 2019 at Rosario, thanks to race winner Facundo Ardusso, with Leonel Pernía and Matías Milla completing the podium.

As the lights went out, Ardusso claimed the lead ahead of Pernía while Chevrolet YPF driver Agustín Canapino passed Milla for third. But the Chevrolet driver ran wide at Turn 2 when trying to overtake Pernía for second and dropped back to ninth position.

Citroën driver Marcelo Ciarrocchi and Fiat driver Fabián Yannantuoni spun off on lap two but without the safety car being called into action.

Julián Santero ran wide on lap six of 25 and collected Facundo Chapur of Citroën, with the incident suspected to be because of a brake issue. Chapur was able to continue after the incident and fight his way back up.

With ten laps left, Ardusso was leading by half a second over Pernía while Milla was another second behind. Rossi was further behind in fourth position.

Milla lost some pace towards the end of the race and had to defend third place from Rossi during the last three laps.

Pernía holds onto the championship lead on 73 points while Ardusso reduced the gap, currently on 57 points, with Rossi in third on 42 points.

The next round will be held on June 30th in Paraná at Entre Ríos. It will be the first time since 2011 that the championship visits that circuit, then running under the name TC2000.