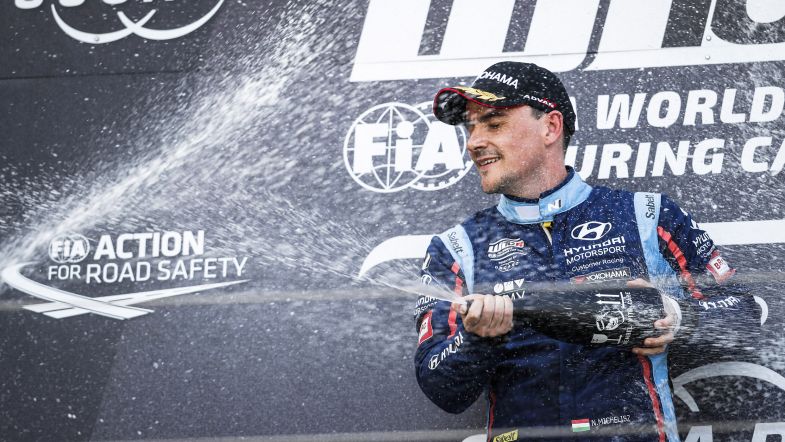 Norbert Michelisz has jumped to second in the championship after taking his first win in 11 months at the Nürburgring, leaping past the pole-sitting Honda of Esteban Guerrieri at the start and going on to win the race by two seconds in his BRC Racing Team Hyundai i30 N TCR.

The Hungarian made the perfect getaway and controlled the race, with Guerrieri keeping a close watch behind throughout the race.

“I was close a couple of times close achieving that. In the end, if I can have a choice, it would be the Nürburgring that I would like to score the first win, so I’m incredibly happy.

“It was all down to the start. I saw that Esteban had some wheelspin, I don’t know what happened to him, but I was able to get beside him and then the race was settled after that. I was giving it 100% to get a big enough gap coming back to the main straight.

“Fortunately, the car was fantastic, so I was able to be confident and be able to push, and this was the key to success.”

Michelisz has now jumped to second in the championship, and is now 28 points behind with still 50 remaining to be had from tomorrow’s two races.