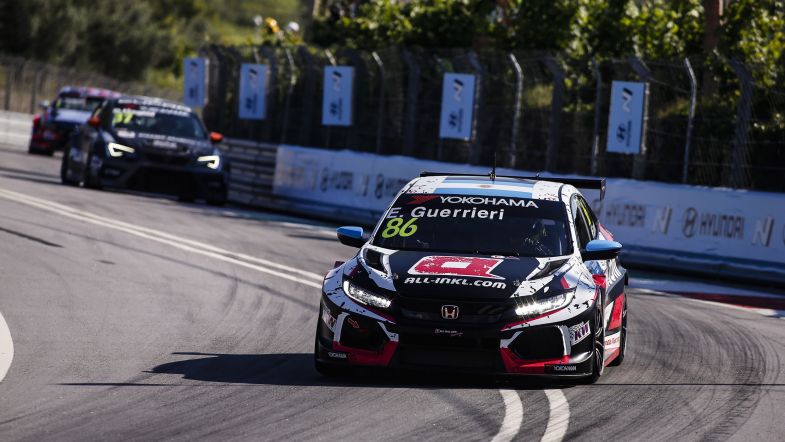 Münnich Motorsport Honda driver Esteban Guerrieri has extended his lead on Sunday at the head of the drivers’ standings, and says he’s delighted with the performance of the team to turn around the results from yesterday, and looks forward to the remaining four rounds in Asia.

The Argentinian finished on the podium in Race 2 after a DNF yesterday, although another DNF in Race 3 after an incident with the Hyundai of Nicky Catsburg meant he didn’t accumulate as many points as he might have liked.

“I knew I just needed a good sleep after yesterday and put all my energy into qualifying,” said Guerrieri to TouringCarTimes. “We improved the whole package and I just pulled out some good laps and that put me P9.

“After that, all we needed to do was not have any issues or mechanical incidents, which is what we did in Race 2. However, the championship’s already starting to be a bit about playing games,” he said.

“(Nicky) Catsburg in Race 2 slowed me down to let (Mikel) Azcona make the move on me, so in Race 3 when I did a better start than Catsburg, I thought good, he’s out of the way, but when he went around me at Turn 5 and we went side-by-side, I thought he’d lift and go behind me, but he didn’t lift and he hit me on the rear. It’s mostly my fault, I think being in the position I am, I should have been more cautious.”

Heading to the final four rounds with a 25-point lead, the Honda driver feels optimistic, despite the closing Hyundais and Lynk & Cos in the results table.

“I really like Ningbo, Suzuka, and Macau, so I’m looking forward to the next few races. And if I was asked at the beginning of the year I’d be leaving the European season 25 points ahead, I’d have signed straight away – so I’m really happy. We now have to focus on the last part of the year.”