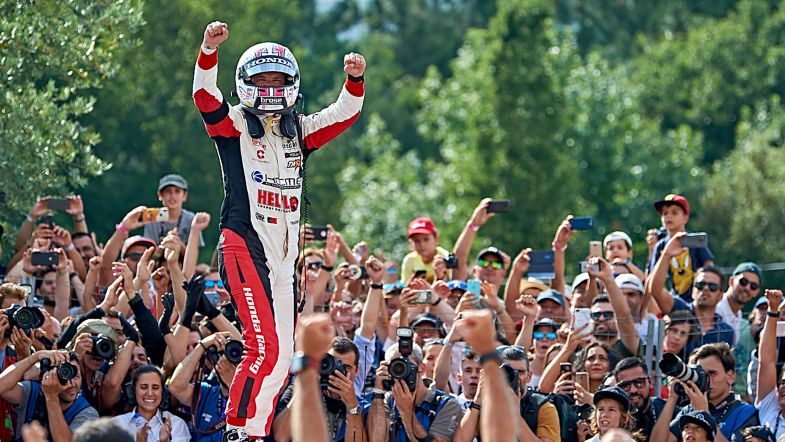 Tiago Monteiro on victory: “Not many people know what we went through”

Tiago Monteiro has claimed a historic victory in the World Touring Car Cup at his home race in Portugal, with a patriotic crowd cheering the KCMG Honda driver to victory, which he says was a very emotional experience.

The 42-year-old suffered serious injuries in a testing crash just under two years ago at the Circuit de Catalunya in the TC1-specification Honda Civic, from which many said he wouldn’t race again.

Two weeks’ ago, Monteiro claimed victory at the Nürburgring 24 Hour race in the TCR class, and has now taken what seemed like an unlikely win at home, going from second on the grid to take the lead from the failing Honda of team-mate Attila Tassi, holding off four-time champion Yvan Muller for an incredible home victory.

Crying as he drove back to the pits on his in-lap as he thanked the team, the crowd responded with a passionate podium celebration, which lasted the best part of 30 minutes.

“It was very tense, very emotional,” said Monteiro. “Usually, I’m OK till the last few corners, but this time with two laps to go I started to think about it. Everybody was standing up already and there all the flags, so I had to try not to look and stay focussed.

“The last half lap was very emotional,” he added. “Not many people know how much we went through. It was physiologically and psychologically very hard. Many times, you think why, this is not going to work…but, I’ve been doing this for so long, and I want to fight, I want to try. I never give up. I’ve said that many times in my career. We always come back. That’s what we’re made of. We live for this.”