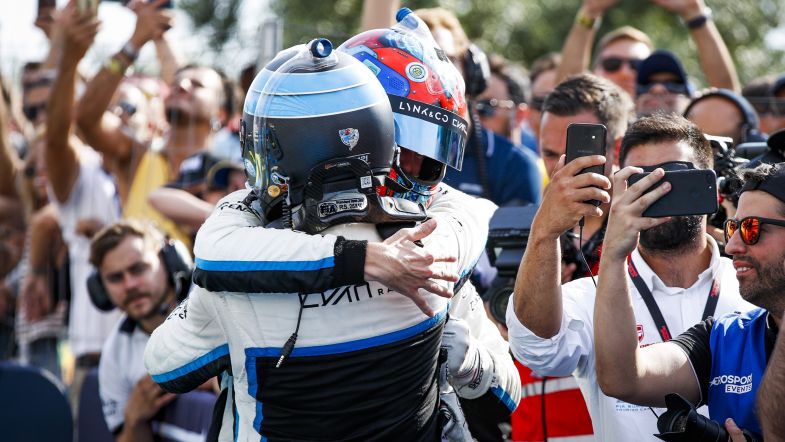 Four-time champion Yvan Muller has dedicated Cyan Racing’s double podium in the final race of the weekend at Vila Real, his first with his team-mate and nephew Yann Ehrlacher, to the mechanic who lost his life late last night after a medical emergency.

Muller has now moved up to sixth in the championship standings after a strong weekend at the Vila Real street circuit, after following his friend and former team-mate Tiago Monteiro to the finish, with the Portuguese driver securing an emphatic victory in front of his home crowd.

The Cyan Racing Lynk & Cos of Muller and Ehrlacher crossed the line second and third, and the two drivers dedicated the result to him after the race.

“It’s been an emotional day for us,” said Muller. “First, because I’m on the podium today for the first time with my nephew…but mainly because we lost our colleague and friend last night. I think for both of us to be on the podium is the best response from us.

“At midnight last night, we didn’t know if we were going to race, but his family said yes, race, and get a podium for him, and I dedicate this to him.”

Ehrlacher, who is now in seventh in the standings, just six points behind Muller, added:

“It’s really emotional, as (Yvan and I) share our first podium together in racing. We had a good weekend as a team, we finished on the podium and scored good points. But we lost a colleague and a friend yesterday evening, and the team did a mega job in light of that, and they are heroes.

“The podiums from today are dedicated to him.”