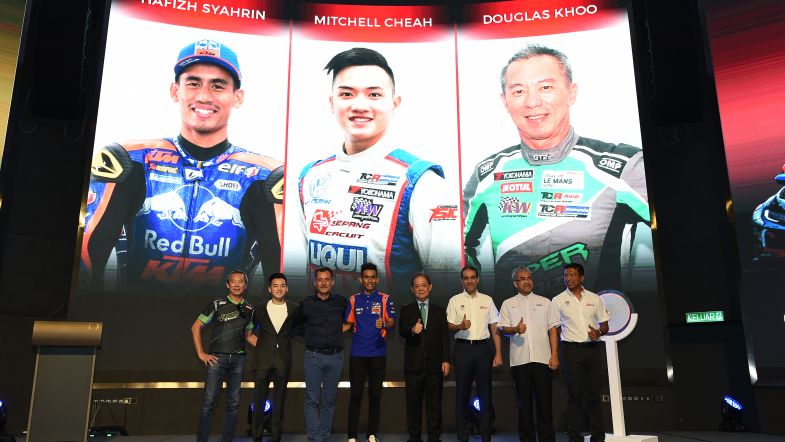 MotoGP rider Hafizh Syahrin has been named as one of three wild cards that will take part in the inaugural WTCR Race of Malaysia at the Sepang International Circuit in December.

Syahrin will join Douglas Khoo and the previously announced Mitchell Cheah in securing a place on the grid for the season finale.

Syahrin, who rides for the Red Bull KTM Tech 3 squad in MotoGP, will contest the 8 Hours of Sepang Endurance World Championship race on Saturday 14 December, before he switches from two to four wheels for the trio of WTCR races on 15 December.

Whilst Khoo is set to race a Cupra TCR, Cheah and Syahrin will drive Volkswagen Golf GTI TCRs for Liqui Moly Team Engstler.

“Hafizh Syahrin is a household name in Malaysia and we’re delighted he won’t just be competing at Races of Malaysia, but truly embracing the double-header concept by taking part in both the 8 Hours of Sepang and the three races that make up WTCR Race of Malaysia,” François Ribeiro, Head of Eurosport Events, the WTCR and EWC promoter said.

“We have followed Mitchell Cheah’s progress with interest in TCR Asia last year and ADAC TCR Germany this season and he’s demonstrating a great potential. What Douglas Khoo lacks in experience of international competition he’ll make up for with vast track knowledge.”

The participation of Cheah, Khoo and Syahrin in the deciding rounds of the 2019 WTCR – FIA World Touring Car Cup presented by OSCARO is subject to FIA approval.