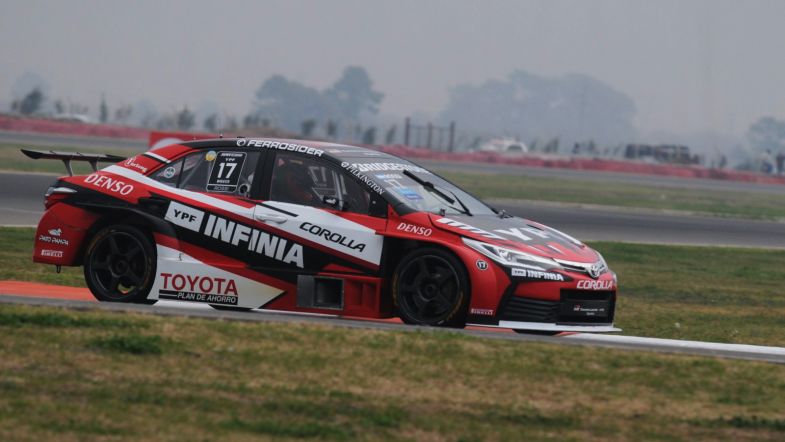 Just as in the previous round, it was Toyota Gazoo Racing Argentina driver Matiás Rossi who claimed the Super TC 2000 pole position at San Nicolás. He will be joined on the front row by Renault Sport driver Leonel Perniá.

Toyota driver Julián Santero spun on his first attempt in Q2 and finished fifth, over 30 seconds behind the drivers in front of him.

Agustín Canapino was the sole team Chevrolet YPF driver making it to Q2 but chose to abort his lap to avoid receiving penalty weight.

Mariano Altuna, making his comeback to the championship for Toyota, finished seventh in the Q1 session and was closest to making it to the Q2 session. He was followed by the Chevrolet duo of Bernardo Llaver and Tomás Gagliardi Genne. Honda driver José Manuel Urcera rounded off the top ten.

The race is scheduled to start at 12:00 local time tomorrow.