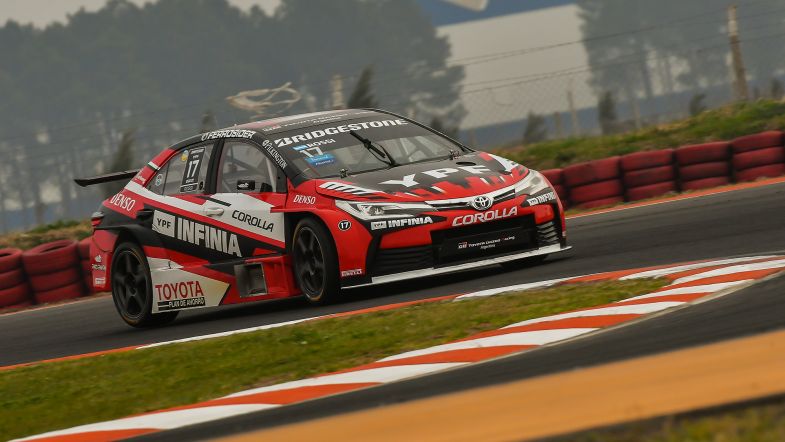 Rossi claimed the lead at the start ahead of Pernía with an incident developing behind them.

As the dust settled only 13 cars were left on track. As the race continued, Santero challenged Ardusso and overtook him for third on lap four as Pernía put pressure on Rossi for the lead, but was unable to get past.

On lap 13 Ardusso ran wide and was passed by Altuna for fourth position. Six laps later Altuna made a similar mistake and dropped a position to Ardusso. The joy was however short-lived for Renault driver Ardusso who again fell victim to Toyota driver Altuna.

Santero was close to Toyota team-mate Rossi during the second half of the race but never made a move to risk the 1-2 for the Japanese manufacturer. Pernía seemed to have the pace on the leading duo but could not get close enough to launch a serious attack.

Rossi crossed the finishing line first, two tenths ahead of Santero and 1,5 seconds ahead of Pernía. Altuna finished fourth ahead of Ardusso. Fiat celebrated their season best result with Matías Muñoz Marchesi in sixth place ahead of Renault’s Matías Milla and Canapino.

Pernía heads the standings on 112 points with Rossi second on 110 points and Ardusso third on 90 points.

The next Super TC 2000 round takes place on September 14-15th on a yet to be confirmed venue. Information to TouringCarTimes suggest it could be the Zonda circuit in San Juan.