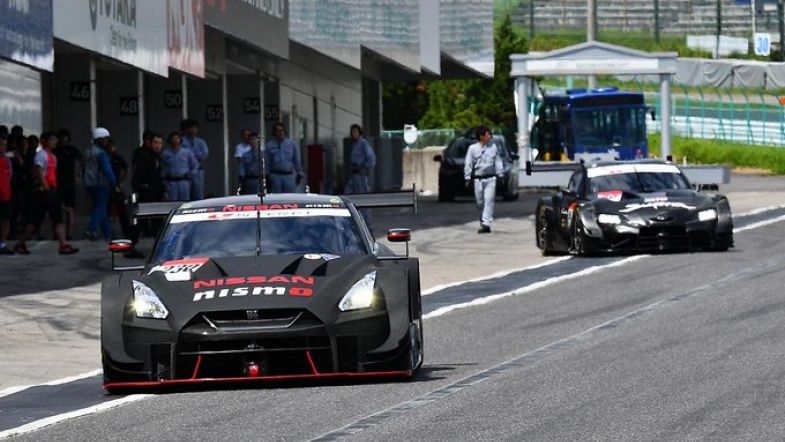 Toyota and Nissan have completed the first day of shakedown testing at Suzuka with the new Class 1 cars for the 2020 Japanese Super GT season.

Both manufacturers did evaluation runs with the new engine control unit (ECU) which, under the Class 1 regulations, is supplied by Bosch, as opposed to the Cosworth ECU used in the Super GT up to this season.

Hiroaki Ishiura and Ronnie Quintarelli were on duty for the pair, with Ishiura setting the fastest lap time of the day with 1:52.520. Nissan encountered problems during its runs, with no significant lap times set by Quintarelli.

Honda is missing the test as the FR NSX-GT unveiled on Wednesday is understood to be a show car, with the manufacturer still working on engine cooling. The Honda will be a front-engined car, in contrast to the mid-engined models used up to now – with the car set to take to the track at a later date.

Toyota and Nissan will continue the shakedown tests at Suzuka on Friday.