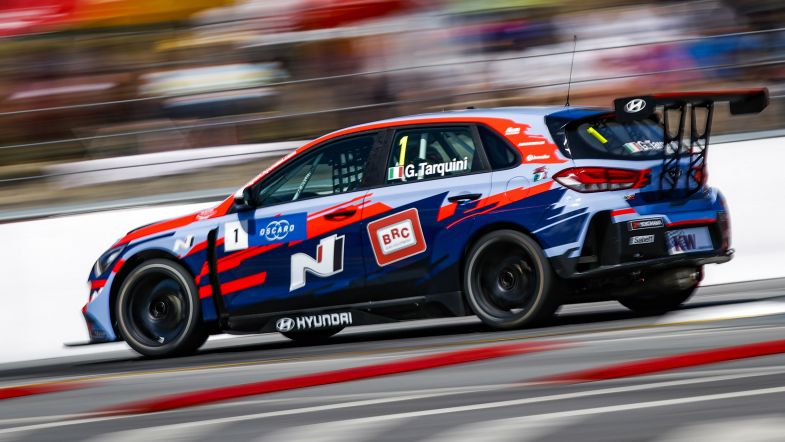 Hyundai and Honda drivers have vented their concern about a last-minute Balance of Performance adjustment for the Lynk & Co racing cars ahead of this weekend’s round of the championship, which is also the Chinese manufacturer’s home race.

Championship front-runners Gabriele Tarquini, Tiago Monteiro and Norbert Michelisz have all said the BoP changes are unfair, and will give the 03 TCRs even more performance than they displayed during the first race of the weekend at Zandvoort, where the team qualified 1-2-3-4, seven-tenths clear of the field.

“Coming in to this weekend I was feeling confident, but now that has changed,” said Michelisz.

“On paper this should have been a strong weekend for us, but now with the changes to the BoP favouring a lot of other cars in a big way, which was not really obvious for the wider audience.

“This is, for me, bad news – you always hope for better things to come but being realistic, it’s a big advantage for Audi, Volkswagen and Lynk & Co in terms of performance. It’s going to be three, four tenths per lap which they get as a benefit. If you take into account 16 cars benefitted from something with the tight championship we have, will make it, I don’t want to say quite impossible but almost for us.”

Reigning champion Gabriele Tarquini was equally damning about the latest changes by WSC Group, the TCR technical rights holder, and said it seemed clear they had been given a boost just because it’s their home event.

“After Vila Real there were two bulletins, one in terms of weight that Volkswagen group had 20kg for Audi less, 10kg Cupra and Volkswagen.

“Just before Ningbo weekend, a very bad surprise for us because the Volkswagen Group had a boost adjustment of power of probably 15-20 horsepower more,” said Tarquini.

“But the very negative point is Lynk & Co, who in Zandvoort receive 100% power and 10kgs and they destroyed everybody in qualifying with 1-2-3-4 and a big advantage. And for their home race they got the same but in a different way. The people are not deeply watching the numbers so they don’t know, but they receive more or less what they got in Zandvoort because they adjust just the boost charge and now they have in some points more than 100% what they receive in Zandvoort.

“This is extremely difficult for us, because it is difficult to understand why they got this. The car is very competitive and they got this probably because we are in China, but it’s not fair. We don’t have a home race, we don’t race in Korea and it’s like in the football match where you play at home, you start with the score 1-0 – that’s completely stupid for me.”

“They have more power than ever before, and what also is frustrating is that it was just quietly put out last night, hoping that no one would notice,” said Monteiro.

Lynk & Co have been approached for an official comment, but have explained that they requested the remap from the TCR technical team in order to avoid the overboost issue that saw Yvan Muller kicked off pole for Race 3 at Zandvoort, and that they don’t receive a performance benefit from it.

The remapping is the same reason for the change for the Volkswagen Group cars, after four cars were excluded at the last round at Vila Real for uncontrollable overboosts.