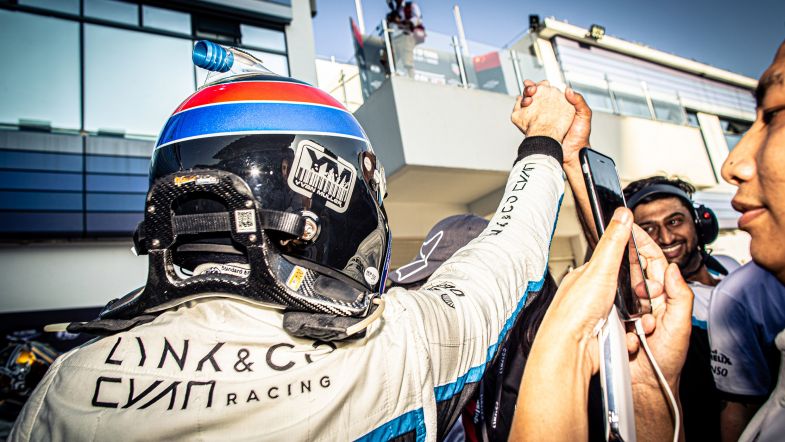 Yvan Muller has thrown himself back into championship contention after a key victory in Race 1 at Ningbo, China – taking his first win since he won the second race at the same circuit last year, and also scoring the first win for the Chinese Lynk & Co manufacturer at home.

Muller led the way from pole position despite constant pressure throughout the race from Team Mulsanne’s Ma Qing Hua, with the Chinese driver looking eager to score his own home victory.

The Frenchman was concerned about tyre degradation at the tricky circuit as the race drew to a close.

“It was very tense,” said Muller.

“I was looking at my tyres my entire race and at one point I asked my engineer how many laps there were left, he told me six, and I knew that was a very long ask.”

Scoring his first win for Lynk & Co on home soil, and the fourth for the brand this year, he added:

“If there was a race to win this year, it was this one, as we’re in China and it’s a Chinese car.”

Muller’s points haul has made a notable affect on the standings, as with team-mate Björk scoring lowly after finishing in 12th, and with championship leader Esteban Guerrieri not scoring, Muller is up to fifth in the points, one point behind team-mate Björk, and 47 behind Guerrieri.