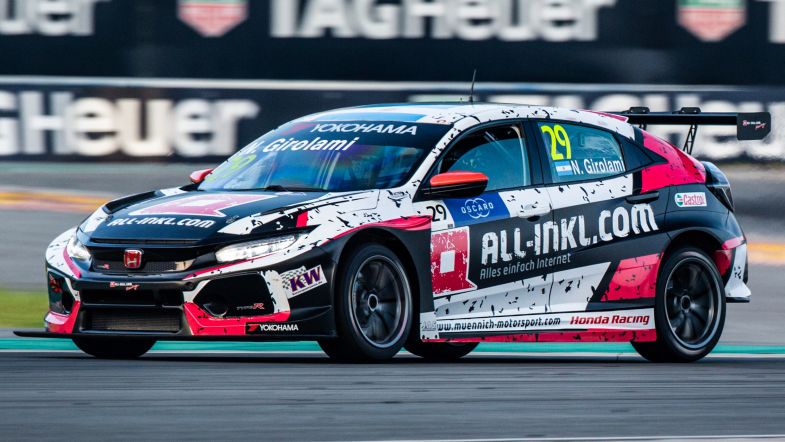 The Münnich Motorsport Honda driver was on his out lap in Q2 when he was collected by Ma Qing Hua’s Alfa Romeo Giulietta, who was on his flying lap.

Girolami explained he didn’t realise Ma, who was out of sequence having aborted his first lap, was on a qualifying run, but the stewards have decided to punish the Argentinian heavily, removing his Q2 time and dropping him to the middle of the grid for both races.

His fastest lap from Q2 has been deleted, meaning his times for Q3 are now invalidated as well – while he was also given a five-place grid penalty for the first race of the day.

He was also given four points on his racing licence, bringing him up to seven for the year.