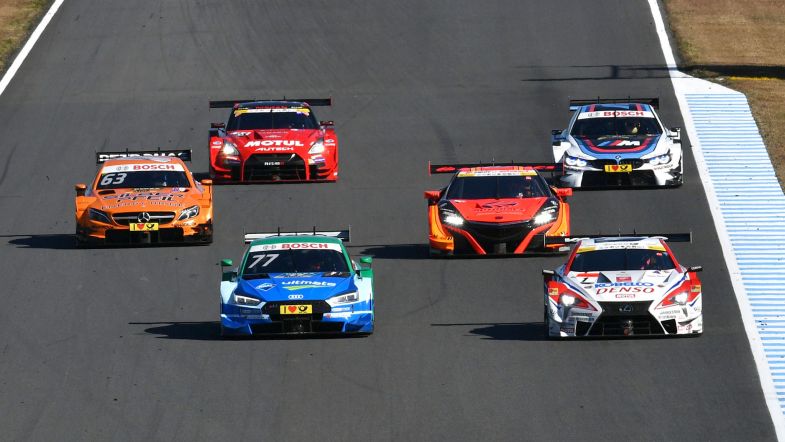 The GTA Association chairman, organiser of the Japanese Super GT championship, Masaaki Bandoh has confirmed that seven DTM cars will compete at the joint ‘Dream Race’, set for the end of November at Fuji in Japan.

Bandoh made the announcement ahead of Sunday’s Super GT race at Sugo, as one Lexus LC500, Nissan GT-R and Honda NSX-GT are heading to Europe to appear at next week’s DTM season finale at Hockenheim.

The ‘Dream Race’ will take place at Fuji from the 22-24th of November and Audi will send four of their RS 5 DTMs, with BMW taking three M4 DTMs to Fuji.

Aston Martin team R-Motorsport announced that they will not take part in the race to focus on development for the 2020 DTM season.

The DTM drivers for the Japanese will be announced at the Hockenheim season finale, although Audi Motorsport’s boss Dieter Gass has already confirmed that both Robin Frijns and Nico Müller won’t be at Fuji due to the clash with the opening round of the Formula E season.