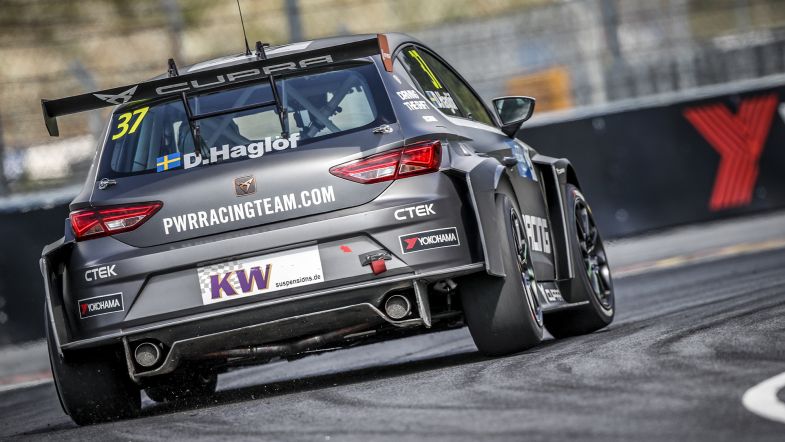 PWR Racing is in the last year of its current contract with SEAT and Cupra for the World Touring Car Cup and TCR Scandinavia championship, but has not yet locked in the plans for 2020.

Team driver and co-owner Daniel Haglöf is nonetheless confident about plans for the future.

“I think we have shown that we are a strong team that can challenge for the top in the World Cup despite being rookies with modest resources this year,” said Haglöf to TouringCarTimes.

“Our drivers, structures, priorities and staff are just right to be one of the best teams and I think we can become the very best,” said Haglöf.

The team made the move to the WTCR for 2019 after primarily racing on the Scandinavian scene previously, where they still are present. Robert Dahlgren heads the 2019 TCR Scandinavia points table ahead of the season finale next weekend.

The team is currently working on finalising the plans for next year when new TCR models from the Volkswagen group will be introduced.

“We are in the last year of our four-year deal with SEAT and Cupra in Sweden,” said Haglöf. “They are really pleased with our cooperation and so are we.

“I think there are strong possibilities that we continue to work together. Our relationship with Cupra Racing and the factory has been further strengthened this year. I hope they will put even more efforts on racing for the future and that we can continue our journey together.”