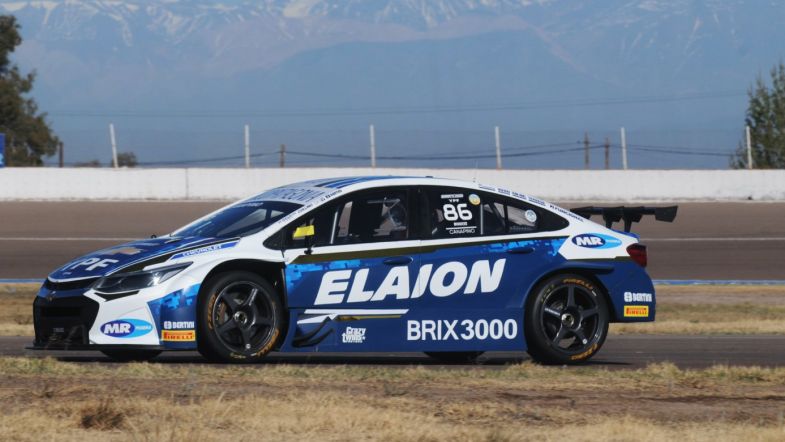 Agustín Canapino headed a Chevrolet 1-2 in the first Super TC 2000 race of the weekend at Mendoza with team-mate Bernardo Llaver. The duo was joined on the podium by Fiat driver Mariano Werner.

Toyota Gazoo Racing Argentina driver Mariano Altuna started from the reversed grid pole position, reintroduced for this round, ahead of Llaver.

Canapino continued to make progress, passing Altuna, as did Werner, with a bit of contact, before the end of the first lap.

Despite running in front of his home crowd, Llaver did not offer any resistance as Canapino challenged and passed him for the lead on the third lap.

Title contenders Matías Rossi of Toyota and Leonel Pernía of Renault made contact while fighting for positions, an incident dropping them down the order. Rossi finished eleventh while Pernía recovered to ninth. Rossi was also involved in an incident with Toyota Gazoo Racing Argentina driver Julian Santero, dropping him further back.

The chequered flag dropped after eleven laps with Canapino winning by six seconds over team-mate Llaver and just over seven seconds ahead of Fiat Racing driver Werner.

Altuna crossed the line in fourth for Toyota, with Facundo Ardusso rounding out the top five for Renault Sport.

The second race of the weekend starts on Sunday at 12:00 local time, with the starting grid formed by the results of this race.