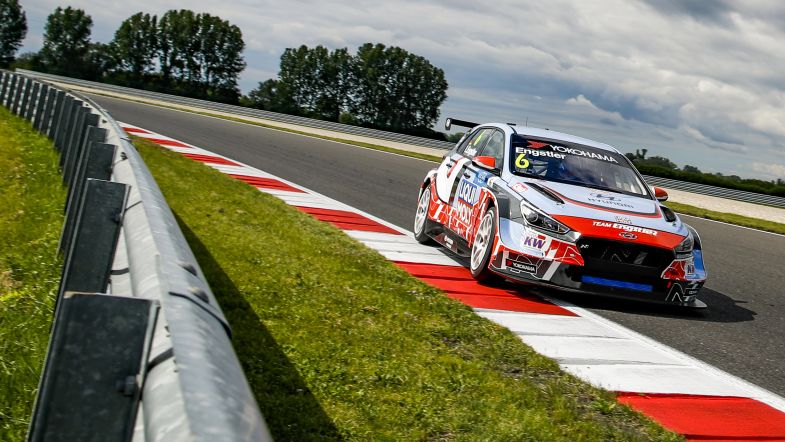 Luca Engstler steps in for Augusto Farfus at Macau

Luca Engstler will replace Augusto Farfus at Hyundai for the World Touring Car Cup races at Macau next month.

Engstler, who took two top ten finishes as a wild card entry in Slovakia earlier in the year, has been given the call-up due to clashing GT commitments for the Brazilian.

“Luca Engstler has had an excellent season in TCR competition around and the decision by BRC Racing Team to recruit him for the Macau weekend is a massive reward for results this year,” said Hyundai Motorsport Team Director Andrea Adamo.

“We have seen consistently in several series that he has the ability to race at the front and win. The step into FIA WTCR is – of course – a big one but both I, and BRC Racing Team, are confident that he can compete at the very highest level of Touring Car racing.”

Farfus has been called up by BMW to race in the FIA GT World Cup races at Macau, and while he had a similar clash at the Nürburgring earlier this year, it wasn’t possible to combine driving duties around the streets of Macau.

“It’s painful to be honest because it’s a track where I perform extremely well and I was very much looking forward to being in Macau in WTCR, but also to help the team and to be part of the WTCR family,” said Farfus.

“Unfortunately, not like [at the] Nürburgring [24 Hours] where I was allowed to race in both [categories] in the same weekend, at Macau, due to different codes, it is not possible. We did try to find a compromise but unfortunately it was out of my control. It’s a one-off [absence] but I’ll be back again [in WTCR].”

Engstler, who sits fifth in the TCR Europe standings going into the season finale this weekend at Monza, said he was delighted to have the chance to return to WTCR for a second outing.

“I’m really happy to have this chance,” said Engstler. “Since first driving the Hyundai i30 N TCR last year I have been able to progress to first winning races, and then winning championships with the support of the Hyundai Motorsport Customer Racing department and the Junior Driver programme.

“It will be a new track for me, and I expect the weekend to be very physical with three races on a very demanding street circuit. In such a competitive series as WTCR you need arrive at the start of the weekend completely ready, so I’m using every minute to prepare.”