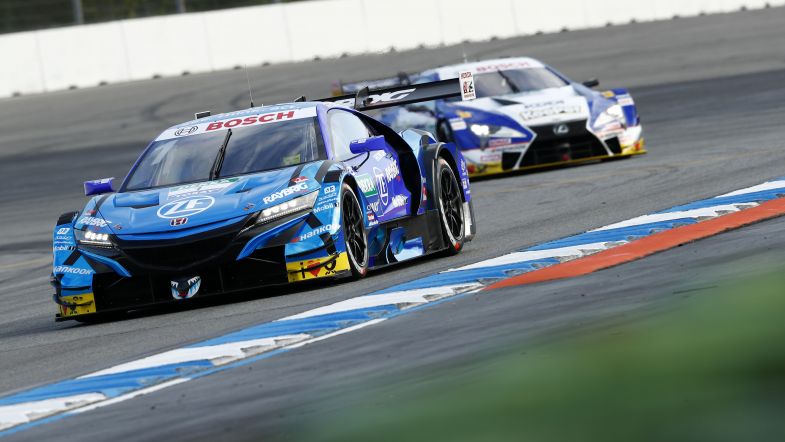 DTM boss Gerhard Berger does not expect new manufacturers for 2020

DTM boss Gerhard Berger has confirmed that no new manufacturers from the Japanese Super GT series are expected to join the grid for the 2020 season, despite the introduction of joint Class 1 regulations.

Three cars from Super GT took part in the DTM season finale, whilst cars from the DTM will join the Japanese season finale at Fuji on November 23-24th.

However, there are currently no plans in place that would see any of the Super GT manufacturers expand into Europe next year.

“There aren’t yet any plans for any Japanese manufacturers to come to Europe,” said Berger. “There aren’t any close negotiations yet, so we don’t expect anybody coming in the next 1-2 years.”

Honda, Toyota/Lexus and Nissan have constructed new cars according to the Class 1 regulations ahead of 2020 and had delegations on site for the DTM season finale.

But there are no set plans yet for further joint races in 2020, with Berger instead hoping for the Class 1 regulations to be introduced in other championships around the globe.

“We want to have more joint races but we haven’t planned anything yet for 2020,” said Berger. “I think things at Hockenheim went well, the grid is spectacular, and we will see how it goes at Fuji. But we’ll take it step by step. I hope that more countries adopt and are interested in the Class 1 regulations.”

While no further joint races are locked in, Super GT boss Bandoh hinted at ambitions for a joint cup at some point in the future.

“We are very much looking forward to receiving our DTM friends at Fuji,” he said. “For me, it would be good to have a Class 1 World Cup.”