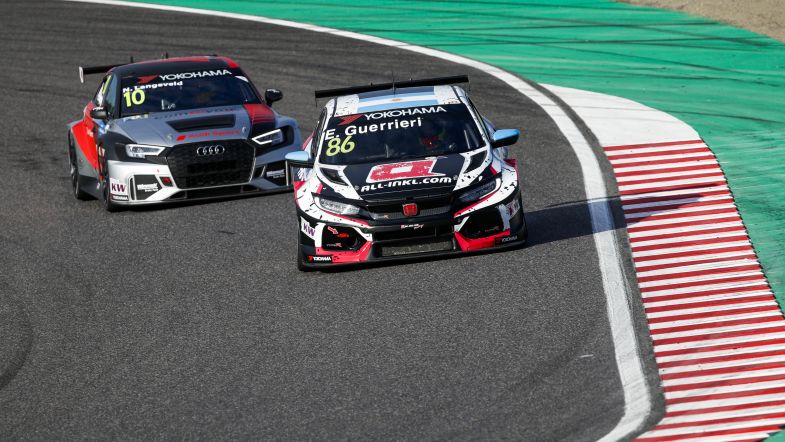 Esteban Guerrieri will lead the World Touring Car Cup standings into the penultimate weekend of the season in Macau next month on the back of a strong weekend at Suzuka that allowed the Münnich Motorsport driver to edge ahead in the race for the title.

Having dropped behind Norbert Michelisz thanks to a tough weekend in China, Guerrieri moved back into the lead of the championship standings with victory in the opening race of the weekend on Saturday.

Although the Honda driver then saw BRC Racing Team driver Michelisz edge back in front by virtue of his win in race two, a solid second place behind Volkswagen driver Johan Kristoffersson in the third and final race ensured that it is Guerrieri who tops the standings with six races of the season left to run.

“In China we were competitive but we didn’t have much luck. Here was the opposite, I would say because in Race 2 I was about to have a puncture, so I was lucky to finish,” said Guerrieri.

“Sometimes you need this little bit of luck. China we didn’t score at all and here I scored more than 50. The important thing is to stay there in the fight for the title and we are doing this so far. Now we are coming to Macau which is one of the best moments for me as a driver, so I’m looking forward to that.”

Michelisz finds himself six points off the lead in second, with third-placed Thed Björk of Cyan Racing now 40 points off top spot after a trying weekend for the Lynk & Co drivers saw them lose ground along with Mikel Azcona; the Cupra driver left to rue a stall at the of race three when he had been starting on the second row of the grid but instead failed to score.