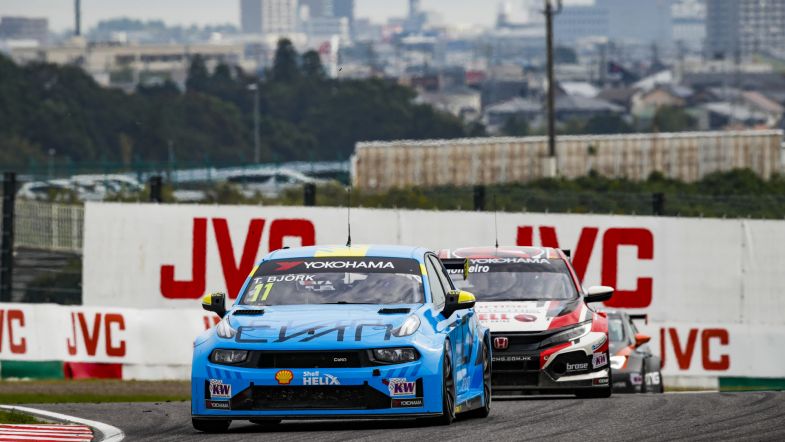 Thed Björk says “it feels rather hopeless” to fight Hyundais

Thed Björk has said that fighting the Hyundais “feel rather hopeless” after the latest rounds of the World Touring Car Cup at Suzuka, pointing at a straight line disadvantage despite running at the same power level of 97,5%.

“The focus this weekend was on being consistent, staying out of trouble and scoring as many points as possible,” he said. “I think we have been able to do just that. Macau is going to be really difficult as the Hyundais are so much quicker on the straights, despite supposedly having the same power level of 97.5% as us. It feels rather hopeless and has been going on all season.”

The Swede was able to secure three top-five finishes in Japan despite struggling for outright pace against the front-runners, with his focus having been on trying to score as many points as possible to keep his title hopes alive.

Although Björk lost ground to Esteban Guerrieri and Norbert Michelisz in the standings, he did move up to third over the course of the weekend.

Björk was able to move ahead of team-mate Yvan Muller in the standings after a tough weekend for the Frenchman, who found himself on the back foot after qualifying on Friday.

Well down the grid for each of the three races, Muller battled through to eleventh in race one but could only managed 14th and 15th in the remaining two races and now sits fourth in the standings as a result.

“This is obviously not the result we wanted from this weekend,” he said. “My mind is already set on the next race in Macau.”

The pair now sit 40 and 48 points off the championship lead.