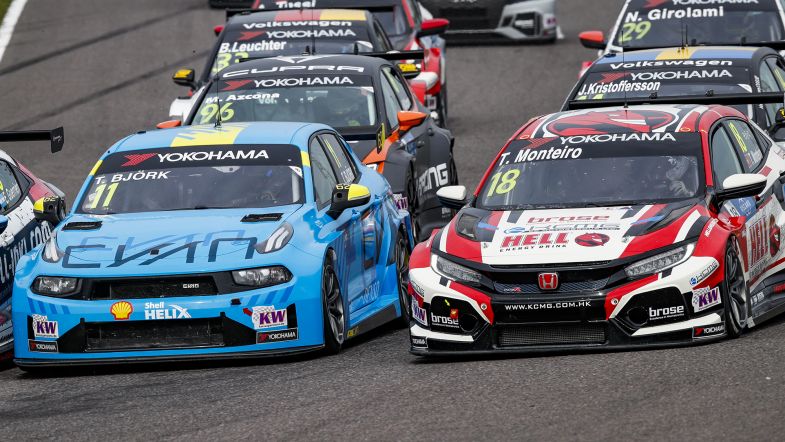 Tiago Monteiro was briefly promoted to third position in the final World Touring Car Cup race at Suzuka following Kevin Ceccon’s penalty. But the KCMG driver only got to keep it for ten minutes.

Monteiro was handed a ten-second penalty and two penalty points for cutting across the grass and then passing Cyan Racing driver Thed Björk while behind the safety car.

The penalty drops the Portuguese driver from third to 16th position, with the stewards issuing the following statement:

“Car entered pit lane, after that he decided to go back on the track, he cut across the grass area and overtook car #11 under SC.”

The penalty elevates Björk to the final podium position.

The penalty drops Catsburg from eleventh to 15th position.