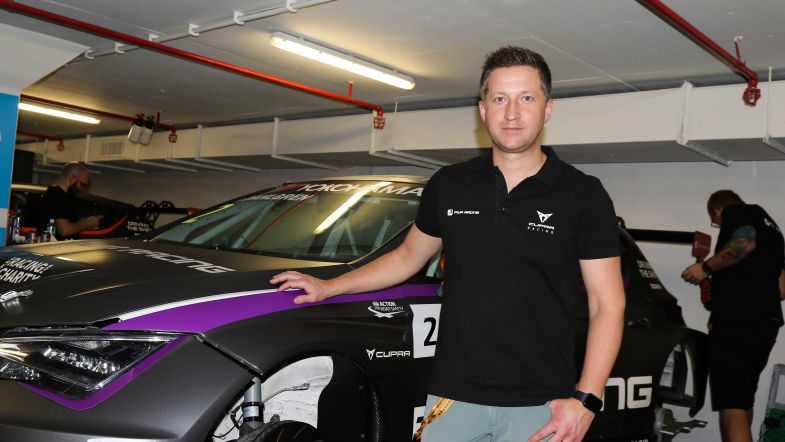 Reigning TCR Scandinavia championship champion Robert Dahlgren says he is keen to get his imminent World Touring Car Cup debut underway at Macau, and has described his emotions heading into this weekend’s event as “a mixture of fear and fun”.

Dahlgren has been drafted in by PWR Racing to replace Daniel Haglöf in one of the Swedish team’s Cupra TCRs, slotting in alongside 2019 WTCR sensation Mikel Azcona.

It will mark the second time Dahlgren has raced at Macau’s ultra-demanding Guia street track, following on from a difficult WTCC outing in 2011 in which a qualifying crash put him out for the rest of the weekend with a broken thumb.

Speaking to TouringCarTimes upon his return to the former Portuguese colony, Dahlgren said the memories from 2011 remained, but that he never hesitated to step up while team co-founder Haglöf focusses on other aspects of the business back at base in Sweden.

“It all came together quite late,” Dahlgren said. “I received a call from Emil (Axelsson, team manager) last Monday asking me if I’d like to race in Macau, and of course I said yes. It’s a mixture of fear and fun being back here in Macau! I’ve learned first-hand that it can bite you pretty hard and that you need to respect it, but I love the track. If there is ever a time and place to jump into this championship, from my point of view Macau is probably as great as it gets.”

“The car I raced in Scandinavia is virtually identical to the one we run here (in WTCR),” Dahlgren explained. “There are some small differences, mainly because we’ve done a bit more testing with this car, but it’s really minor. I will definitely recognise the car. It’s hard knowing what to expect, though. I haven’t thought too much about it, but I do hope I can match the other Cupras and the Audi cars for a start. It would be nice battling in the top ten, but we will see. I’m shooting from the hip.”

Dahlgren, who will be engineered by former touring car and GT racer Jimmy Johansson this weekend, also confirmed that a decision on whether he will race at the season-ending WTCR round in Malaysia next month was yet to be made.

“That’s something we will discuss after Macau,” Dahlgren said. “I think this weekend Daniel has decided to stay at home and concentrate on running the business, I am fully focussed on the task at hand here, and we’ll talk about Malaysia after the weekend.”