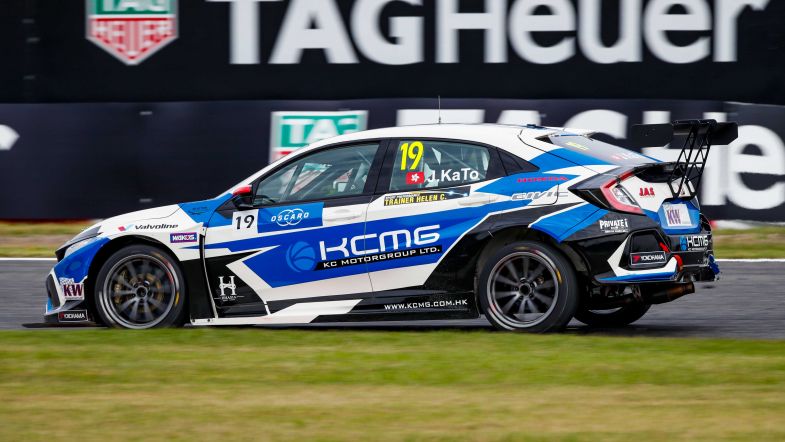 World Touring Car Cup wild card Jim Ka To has set himself an ambitious target for this weekend’s races on the streets of Macau.

Ka To made his debut in world-level touring car racing at the latest WTCR round at Suzuka last month, driving a Honda Civic Type R TCR entered by KC Motorgroup.

Although he finished the three Japanese races in 22nd, 28th and 21st respectively, there were flashes of promise from Ka To at Suzuka, notably in the rain-drenched second qualifying session where he only narrowly missed out on a spot in Q2 despite having never driven on WTCR’s wet-weather Yokohama tyres.

Retained by KC Motorgroup as a wild card entry once again for Macau, Ka To is confident he can perform strongly at the second time of asking, bolstered by a second-place finish in Japan’s Super Taikyo endurance series at Okayama last weekend.

“I have driven the car quite a lot, actually,” said Ka To when speaking to TouringCarTimes. “I drove it for the first time in the Dubai 24 Hours this year, and then in Super Taikyu this season and WTCR in Japan. I also did the FIA Motorsport Games [in Vallelunga two weeks ago].

“I have also raced in Macau many times before, in Asian Formula 2000 and Formula BMW. It’s my first time here in a touring car but I hope I can get a podium.”

Hailing from Hong Kong, just across the Pearl River delta from Macau, Ka To said recent civil unrest in his home city had not affected his preparations for the up-coming weekend.

Ka To is one of six WTCR wild card entries at Macau, and the only one not nominated by Macau ASN the Automobile General Association Macao-China. The other five wild cards are Macanese Billy Lo, who made a similar appearance at his home race one year ago, along with Hong Kong-based drivers James Tang, Arthur Law, Kwai Wah Wong and Terence Tse.