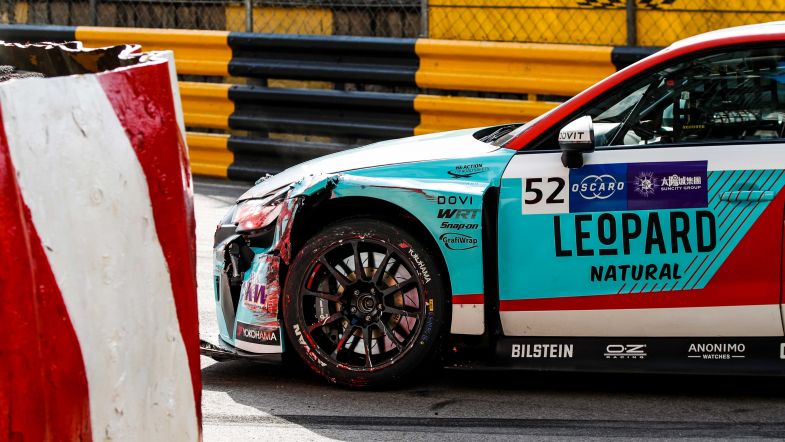 Shedden ploughed into the barriers at Moorish Hill in the second of Friday’s WTCR qualifying sessions, and was collected at speed from behind by unsighted title contender Norbert Michelisz.

The accident blocked the track and triggered subsequent congestion, bringing out the red flags.

Audi Sport have confirmed that the damage sustained to Shedden’s car is too severe to be repaired on site, forcing WRT to withdraw it.