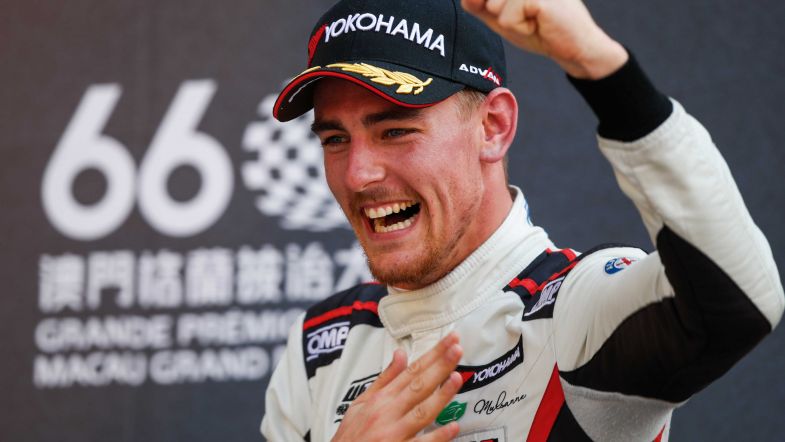 Alfa Romeo driver Kevin Ceccon expressed his emotions after taking a podium in the opening World Touring Car Cup race at Macau, saying his Mulsanne team had been “down with the motivation” following recent events at Suzuka.

Ceccon crossed the line in third place in the final race of the meeting last time out in Japan, but was later penalised for contact with Rob Huff and demoted to seventh place.

Having gone on to display strong form throughout the weekend on the Macau street track, Ceccon brought home a fresh podium on Saturday as he finished third behind Yvan Muller and Norbert Michelisz in the opening race of the weekend.

Ceccon expressed jubilant scenes during the podium ceremony, and was seemingly moved with the result.

”It’s been a good race because the team deserves this podium – a lot,” said the Italian. “After Suzuka they were a bit down with the motivation because we grabbed a great podium starting from P7, and then I got penalised. So I’m really very happy for them. To put the Alfa Romeo Giulietta on the podium in Macau was something we were not expecting and I think it’s a great result for everyone involved in this project.”

Today’s result promotes Ceccon to 16th in the WTCR standings, and marks his third podium of the season.