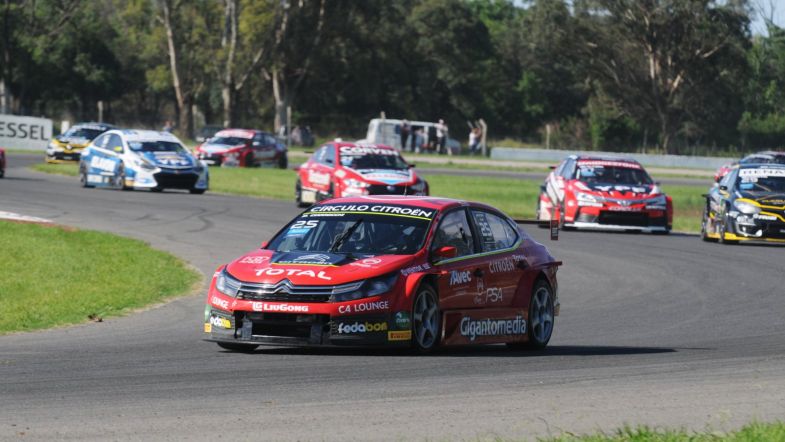 Ciarrocchi and Facundo Conta of Renault Sport had qualified seventh and eighth respectively, but started on front row thanks to the reversed grid, followed by Mariano Altuna of Toyota Gazoo Racing and Matías Muñoz Marchesi of Fiat Racing.

The weekend featured a special qualifying race with no points awarded, but will be used to define the starting grid for the main race.

Leonel Pernía had claimed the pole position for Renault Sport, but since this round uses reversed grid, he started from eighth. Title contender Matías Rossi of Toyota started from 13th.

Ciarrocchi claimed the lead at the start, followed by Conta and Altuna, who held Muñoz Marchesi behind. Pernía overtook his team-mate Facundo Ardusso for seventh on the first lap.

Altuna managed to overtake Conta on lap two, as Chevrolet YPF’s Agustín Canapino moved up from fifth to fourth, leaving Muñoz Marchesi behind. But the Fiat driver was able to regain the place immediately.

Ciarrocchi opened a three-second gap over Altuna and Conta, ahead of Canapino and Pernía, while Rossi was in eleventh with seven of eleven laps completed.

Ciarrocchi won the race ahead of Altuna and Canapino, as Conta slowed down in the last turn to allow his team-mate Pernía to earn one more place and a better grid position for the main race.

Pernía arrived in fourth ahead of Ardusso and Conta. Toyota’s Julián Santero finished seventh, while Muñoz Marchesi had dropped pace during the race and finished in eighth.

Ricardo Risatti of Honda Racing finished ninth ahead of Rossi who rounded out the top ten.

Pernía earned five points after scoring pole position for the qualifying race, meaning that he ties Rossi on 155 points at the top of the standings.

The drivers will start according to the finishing positions of this race in the feature race of tomorrow that starts at 12:00 local time.