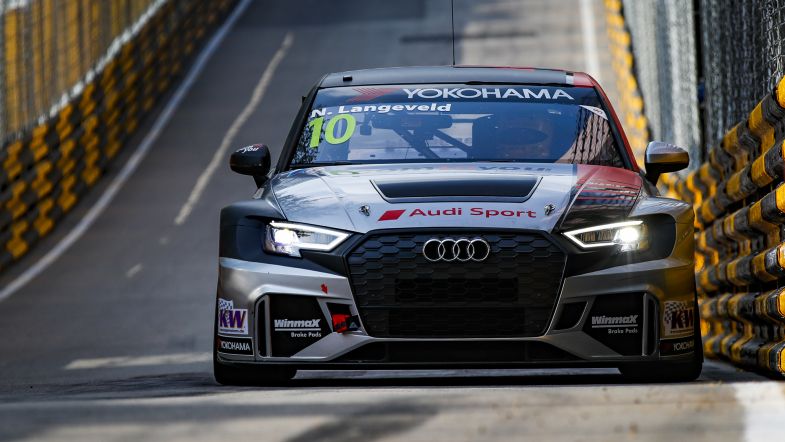 Audi Sport has confirmed that it will remove any factory involvement in the World Touring Car Cup at the end of the current season, although it hopes to maintain an “all-privateer” presence on the grid in 2020.

While manufacturer teams are banned in the series, Audi – as with a number of other brands – has placed factory drivers in WTCR with customer teams for the past two years.

“The FIA WTCR has evolved into an international stage and we’ve been part of it from day one. Since last year, we’ve clinched 25 podium finishes including seven victories,” said Chris Reinke, head of Audi Sport customer racing.

“A big thank you for this goes to our four drivers, Niels Langeveld, Gordon Shedden, Jean-Karl Vernay and Frédéric Vervisch, as well as to Comtoyou Team Audi Sport, Leopard Racing Team Audi Sport and our partners. Now the time has come to open a new chapter.”

WRT confirmed earlier this week that it will not be on the WTCR or TCR Europe grid next year, instead focussing on the DTM and GT racing.

Comtoyou Racing looks set to continue in the 2020 WTCR with a privately funded programme.

“After having set an initial direction for 2020 together with our partners, we hope that the Audi RS 3 LMS will compete in the WTCR again next year,” said Reinke.

“Comtoyou Racing from Belgium has expressed interest in competing in the WTCR again in 2020. We would very much welcome this and wish Jean-Michel Baert and his team that this idea will become a reality.”