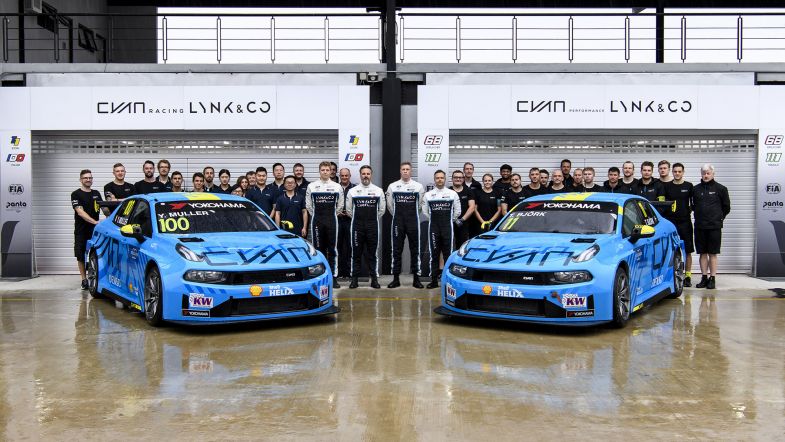 2019 World Touring Car Cup teams’ champions Cyan Racing have moved to raise their game further still next season, despite taking home a third world title in as many years and with as many makes of car.

The Swedish outfit has fronted the all-new Lynk & Co operation in the WTCR this season, running four cars for the Chinese brand.

The Lynk & Co Cyan Racing constellation proved instantly successful, clinching the teams’ title at Sepang on Sunday in its first year of existence.

That success comes on the back of previous world touring car titles running Volvos in the 2017 WTCC and Hyundais in last year’s World Touring Car Cup, but CEO and team founder Christian Dahl says the achievement will only serve to further raise its own expectations for 2020 – with a view of also clinching the drivers’ title.

“To win three years in a row with three different manufacturers feels amazing,” said Dahl. “To claim the teams’ title in the first year with Lynk & Co Cyan Racing is ‘mission complete’. Next year our goal is definitely two titles.”

Lynk & Co Cyan Racing fought an uphill battle at the Sepang season-finale, with its cars abnormally off the pace, and failed to seal the drivers’ title with pre-weekend title contenders Yvan Muller and Thed Björk. Still, team manager Fredrik Wahlén had only words of praise for his crew.

“This has been one of the toughest race weekends the team has ever experienced. Everyone really pulled together when we needed it the most. I am proud of everyone in the team that we for the third year in succession are the champions of the world.”