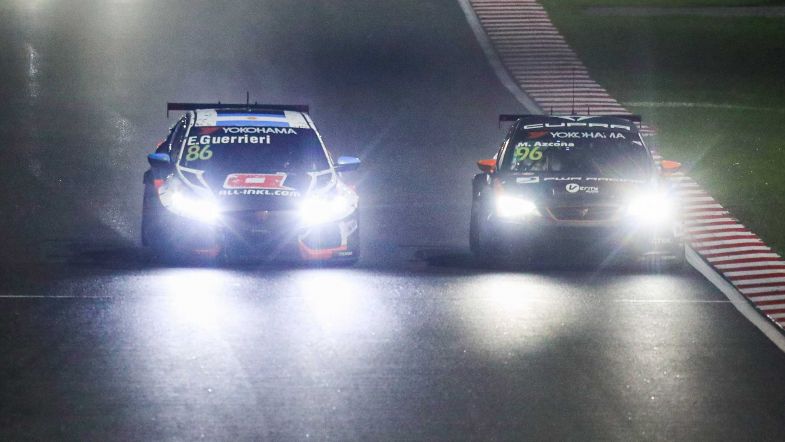 Mikel Azcona and Gabriele Tarquini have been penalised following transgressions in the final World Touring Car Cup race of the season at Sepang, with Azcona dropping off the podium and losing rookie of the year honours as a result.

Azcona has been handed a 30-second time penalty in lieu of a drive-through for pushing title contender Esteban Guerrieri off the track on lap five of Sunday’s Race 3, dropping the Spanish Cupra racer from second at the flag to 14th in the final classification.

The decision also sees Azcona lose out on 2019 rookie honours to Race 3 winner Johan Kristoffersson, who now overhauls the PWR Racing Spaniard for fifth in the overall standings.

Kevin Ceccon is promoted to second place for Team Mulsanne Alfa Romeo, with Frédéric Vervisch elevated to the final spot on the podium in third for the Comtoyou Audi squad.

Tarquini, meanwhile, was dealt a similar 30-second penalty for two separate safety car infringements. On the first occasion, Tarquini was deemed to have slowed down excessively at Turn 15, and in a second instance he was also adjudged to have failed to maintain the appropriate distance to the car in front.

Tarquini drops from sixth to 18th in the final race results.