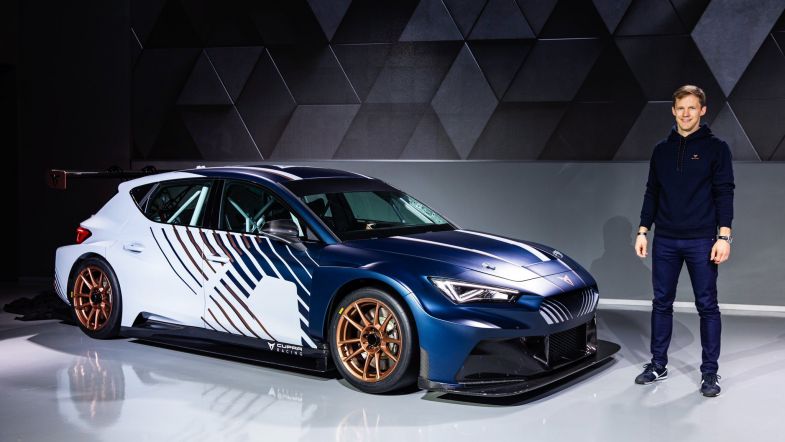 “We are delighted to welcome CUPRA to PURE ETCR the day after we launched our new all-electric series in Paris,” said François Ribeiro, head of Eurosport Events, the PURE ETCR promoter

“One of the key aims of PURE ETCR is to show the performance of electric racing cars to shift consumers’ perception, and performance is at the very heart of the CUPRA brand.

“CUPRA has been a pioneer in developing first ETCR car with WSC Group, and they are the first manufacturer to commit to PURE ETCR. At our series launch, we promised fans that we would have ‘the best touring cars drivers’ and in Mattias Ekström and Jordi Gené, we certainly have two of them.”

Ekström and Gené have both been part of the development of the new e-Racer, with the duo on stage during a press event at the new CUPRA Racing Factory in Spain to reveal the car.

“I’m so excited to be a part of this,” said Ekström.

“The first event will be at Goodwood and from being at the PURE ETCR launch in Paris, I know it’s a great place to be racing. I’m also very excited to be having Jordi as a team-mate.”

Details of the inaugural PURE ETCR season was unveiled yesterday, featuring a four-event calendar for 2020 that will be expanded to eight races for 2021.