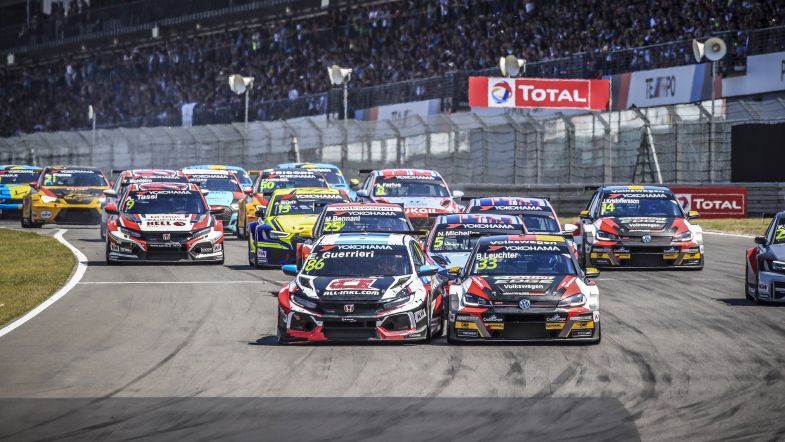 Eurosport Events, promoter of the World Touring Car Cup, has confirmed that it plans to continue with a full 20 race schedule for the 2020 season despite the cancellation of the planned event at the Nürburgring.

The decision to shelve the Nürburgring 24H on the famed Nordschleife as a result on the ongoing coronavirus pandemic meant that the supporting WTCR races were also cancelled, with the event being moved a new date in late September.

However, with that revised date being just a week after WTCR is scheduled to race in China, it isn’t possible to run the two WTCR races, which will instead be incorporated into other events on the calendar.

WTCR Race of Portugal and WTCR Race of Austria will both now include an additional qualifying session and race each to create a pair of triple-header meetings, with the two races that had been cancelled in Hungary already moving to the Spanish round at Motorland Aragon.

The season is now due to start in Slovakia in early June, although that event is subject to change due to the ongoing situation surrounding coronavirus.

“We fully respect and support the decision of ADAC Nordrhein to postpone the ADAC 24h-Rennen event in accordance with measures taken by the German government in these very difficult times,” François Ribeiro, Head of Eurosport Events, said. “ADAC Nordrhein has been our partner in Germany since 2015 and we will both do everything possible to see WTCR racing again on that iconic circuit. We also hope as many fans as possible will attend on the rescheduled September date and that unique event is the huge success it always has been.

“While health and safety considerations remain the absolute priority, as we have communicated previously, our intention is to do all we can to maintain a 20-race schedule for WTCR in 2020. The rescheduling of the races planned for Nürburgring Nordschleife to Vila Real and Salzburgring will allow this to be achieved.

“We will continue to monitor the situation in Slovakia, where the WTCR is due to race from 5-7 June, in consultation with the FIA, the event promoter and relevant authorities. If necessary, we will follow the same process regarding the rescheduling of the Slovakia Ring races into existing WTCR events straight after the summer.”