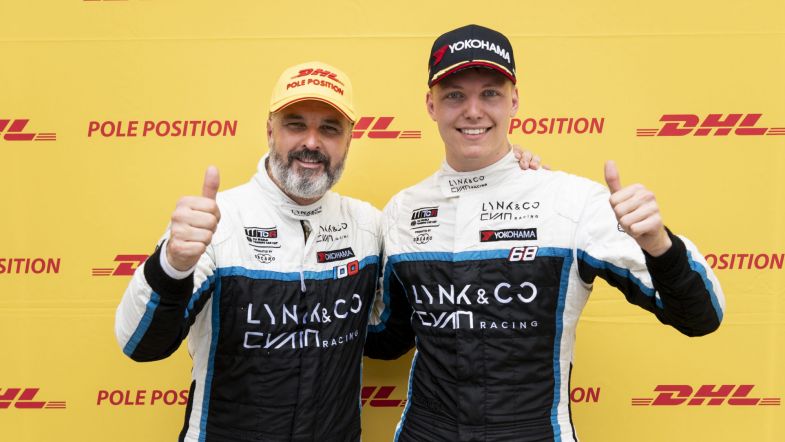 Lynk & Co Cyan Racing has announced that it has retained both Yvan Muller and Yann Ehrlacher for the 2020 World Touring Car Cup season.

The pair were part of the four-car Lynk & Co assault on WTCR last season, albeit in different teams as Muller raced under the Cyan Racing Lynk & Co banner and nephew Ehrlacher scored points for Cyan Performance Lynk & Co.

For the new campaign, the duo will score points for Cyan Racing Lynk & Co, with the two drivers who will complete the four-car line-up due to be announced shortly.

“Lynk & Co Cyan Racing is the right place to be,” Muller, who finished third in the standings last year, said. “Everyone in the project, from Sweden to China, is motivated to push on for the ultimate goal of fighting for the World Title again in 2020.

“Last year was a great testament to the efforts of everyone involved, going from the first development tests to winning races in less than twelve months. There is no doubt we need to push even harder this year, and I am ready.”

Ehrlacher meanwhile said he was excited to make one side of the garage very much a family affair for the new season.

“I am really motivated to continue my commitment with Lynk & Co Cyan Racing, and especially to do it together with Yvan Muller,” he said. “We had some really promising results last year that I look forward to further develop that for 2020. I want to win races this year and of course to fight for the World Title together with the team.”

Exactly when the 2020 season will begin remains to be seen thanks to the ongoing coronavirus pandemic, with team CEO and founder Christian Dahl insisting that the team was working to ensure it was ready to race as soon as the situation allows.

“While we are in uncertain times with the coronavirus pandemic, what is certain is that we have one of the best driver duos in the world of touring car racing with Yvan and Yann,” Christian Dahl, CEO and founder of Cyan Racing, said.

“We are monitoring the current situation closely and taking all precautions to ensure the safety of everyone in the project. We do of course fully support all organisations involved in postponing the season start. We will use this period of no racing to continue to prepare ourselves for when the conditions are there to race again.

”Yvan and Yann contributed strongly to the progress and results of last year. We look forward to take on the even tougher challenge of the 2020 WTCR season together with them.”