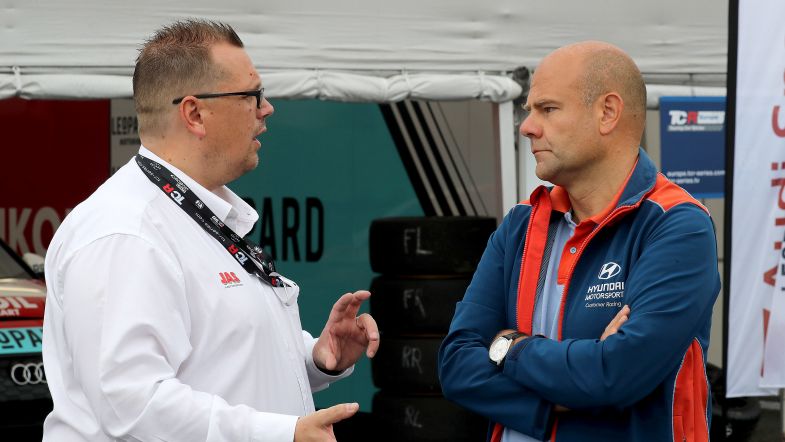 Hyundai Motorsport boss Andrea Adamo believes that it is “too early to even consider a return to racing” as the COVID-19 pandemic continues to keep the 2020 motorsport season on pause.

The South Korean manufacturer, whose racing division is based in Germany, fielded customer teams in the World Touring Car Cup last year – taking Norbert Michelisz to the title – as well as a raft of various national series across the world.

Speaking exclusively to TouringCarTimes, Adamo confirmed that some members of a 254 strong staff had been put on the German equivalent of furlough, but that the majority had been able to continue working from home.

“Basically, from the 19th of March, we have been on this lockdown, nobody is working in the company, the company is closed,” Adamo said.

“It’s more on the marketing, engineering and PR side that we are working from home, doing video conferences and things like that. The others, like the mechanics, they can hardly work.

“We shut down the company much earlier than we needed to because, as we have 254 people and 27 nationalities, our main target was for everyone to reach their families in their own countries.

“We got an idea from other countries that the situation was a lot worse than it was, and is currently, in Germany, so it was important that we made sure our staff could return home before the restrictions took place.”

Almost every championship has issued revised calendars, but Adamo believes this is a moving goalpost and says that a return to racing will likely depend on individual countries.

“It’s difficult to know how the situation will evolve,” he continued. “If we’re talking about the national championships, everything has officially been postponed but I have no idea when they will resume because each country is different. For me, it’s too early to even consider when we return.

“In Spain and Italy, it is too early to start the championship, in Germany the situation is still tricky and then there’s TCR Europe, TCR Asia and TC America. So, right now it’s all still in the air but I’m not relying on any calendar at the moment.