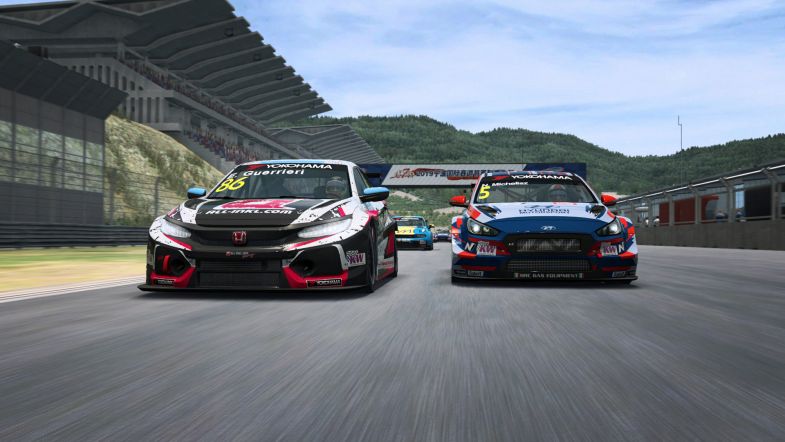 Moritz Löhner and Gergo Baldi took one win each in the pre-season Esports WTCR series races at Ningbo. Esteban Guerrieri was once again the best real-life WTCR driver, fighting for the victory in the second race.

The start of the second race saw Honda driver Néstor Garcia starting from the reversed grid pole position ahead of Guerrieri.

The two fought hard for the lead, allowing Hyundai driver Baldi to close right up.

Guerrieri eventually made his way past, with Baldi following suit a couple of corners later.

The duo then fought hard for the lead, swapping places until the very last lap when Baldi was able to get past in the hairpin after some contact.

The other real-life WTCR drivers struggled in both races, with Mikel Azcona 12th and tenth in the two races, while Kevin Ceccon, Yann Ehrlacher and Néstor Girolami finished further down the order.

The final pre-season Esports WTCR race takes place at the virtual Sepang circuit on May 18th.