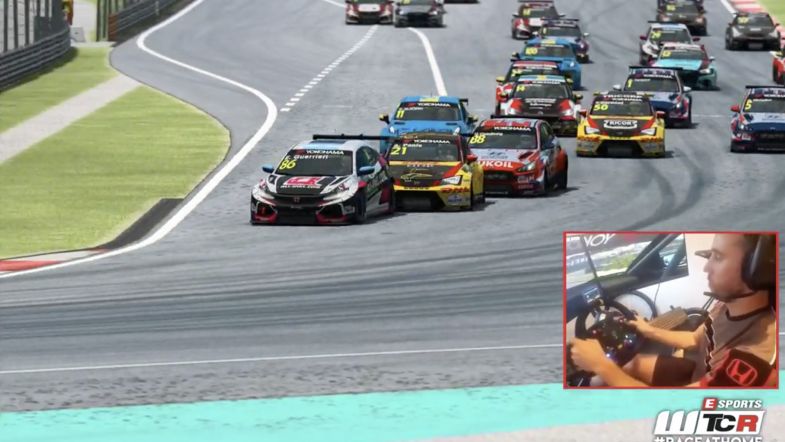 Honda driver Esteban Guerrieri became the first real-life WTCR driver to claim victory in the pre-season Esports WTCR series during the finale at the virtual version of Sepang, as Gergo Baldi claimed the title.

Bence Bánki held pole position for the first race and claimed the lead at the start behind the wheel of his virtual Honda Civic Type-R TCR.

Baldi, driving a Hyundai i30 N TCR, piled on the pressure from second place throughout the race.

The Hungarian was briefly past Bánki on the final lap, only for the Slovakian to reclaim the position and win the race. Baldi finished second with Kiril Antonov snatching third in the final corner ahead of title challenger Moritz Löhner.

Guerrieri once again finished tenth to claim the reversed grid pole position for the second race.

The Argentinian claimed the lead at the start of the race and opened up a gap quickly.