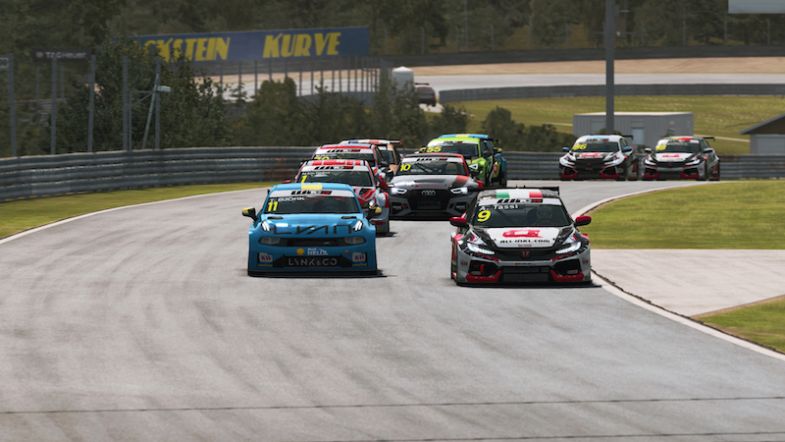 Esteban Guerrieri and Attila Tassi shared the honours in the Pre-season Esports WTCR Championship season opener at the digital version of the Salzburgring.

Cupra driver Mikel Azcona had claimed pole for the first race but was hit by Lynk & Co Cyan Racing driver Yann Ehrlacher at the first corner, sending the Spaniard into retirement.

Guerrieri claimed a lead he was not to lose before the end of the race, with BRC Racing Team Hyundai driver Mat’o Homola finishing second and reigning WTCR champion Norbert Michelisz third.

The second race had Lynk & Co driver Thed Björk starting from the reversed grid pole position but quickly dropped down the order.

Instead it was Münnich Motorsport driver Tassi who claimed the lead while Azcona fought his way up through the field, setting his sights on the Honda driver at the very end of the race.

Azcona was right on the rear bumper of Tassi on the last lap but was not able to get past.

The next WTCR Esports round takes place at the Hungaroring on June 21st.