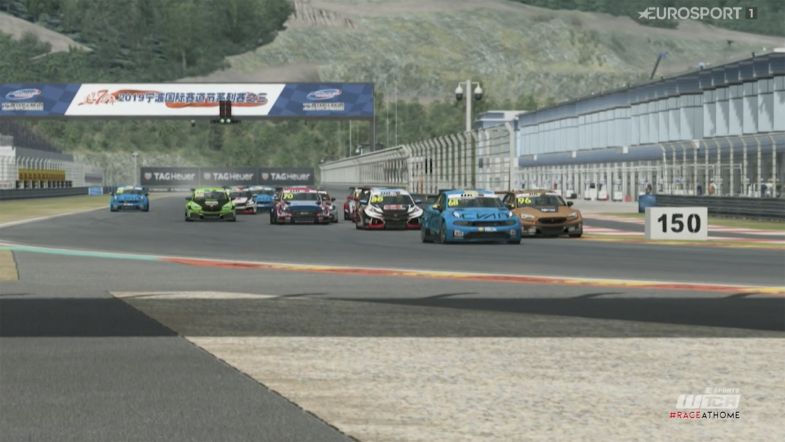 Yann Ehrlacher claimed his second win of the the Pre-season Esports WTCR Championship season while reigning real-life champion Norbert Michelisz claimed his first win in the two races at the virtual version of Ningbo.

Lynk & Co Cyan Racing driver Ehrlacher had claimed pole position and pulled off, just as in the previous round, a lights-to-flag win.

There was a tough fight behind the leading duo, with Azcona defending hard from Münnich Motorsport driver Esteban Guerrieri and Audi driver Niels Langeveld.

Azcona was able to keep the final podium spot, with Guerrieri in fourth and Langeveld in fifth.

The Frenchman was able to keep the lead until five minutes left of the race when Hyundai driver Michelisz made the move and got past.

Michelisz won the race by just six tenths of a second ahead of Comte, while former points leader Mat’o Homola managed to fend off Attila Tassi in third.

Langeveldt finished fifth while Ehrlacher crossed the line in sixth place after a decisive move on Guerrieri on the last lap, also allowing Azcona to slip past and claim seventh ahead of the Argentinian driver.

The virtual version of the Macau street circuit will host the penultimate round on July 12th.