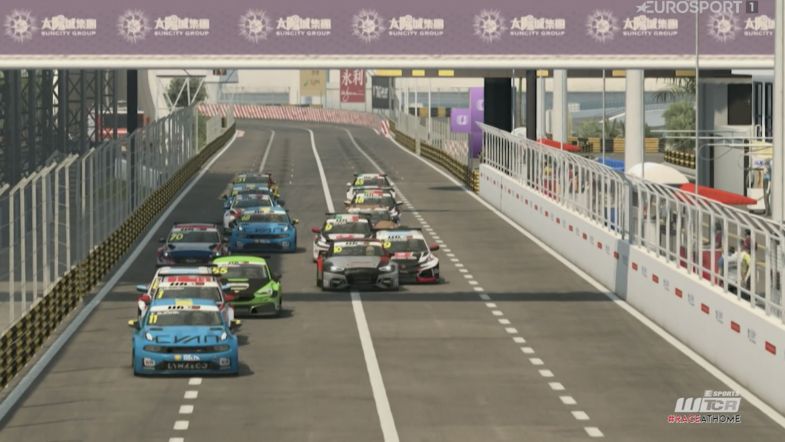 Cupra driver Mikel Azcona and Hyundai driver Nobert Michelisz claimed one win each in the penultimate Pre-season Esports WTCR Championship round at the virtual version of the legendary Macau street circuit.

Azcona started from pole position in the first race ahead of points leader Yann Ehrlacher.

The Cupra driver claimed the lead at the start and never looked back, winning the race by close to three seconds ahead of title rival and Lynk & Co Cyan Racing driver Ehrlacher.

Néstor Girolami of Münnich Motorsport came home in third ahead of former points leader Mat’o Homola in fourth and Attila Tassi in fifth.

The second race had Thed Björk starting from the reversed grid pole position, but his lead was short lived.

Reigning real-life WTCR champion Michelisz out braked the Swede into the Lisboa and held the lead for the rest of the race.

There was a major incident on the first lap that eliminated former title candidate Esteban Guerrieri.

Azcona was closing in on Björk in the fight for second place as the race progressed. But a steering wheel malfunction caused the Cupra driver to stall and block the track at the Melco hairpin.

Honda driver Tiago Monteiro managed to slip past the stricken Cupra while the rest of the pack clashed into him.

The Spaniard was able to get going again, but dropped from third to finish ninth, while title rival and points leader Ehrlacher finished seventh.

Björk claimed his first virtual podium of the season in second place with Monteiro coming home in third, despite starting 15th.

Ehrlacher heads the standings on 157 points, nine ahead of Michelisz and 17 ahead of Azcona, ahead of the final round at Sepang next weekend.