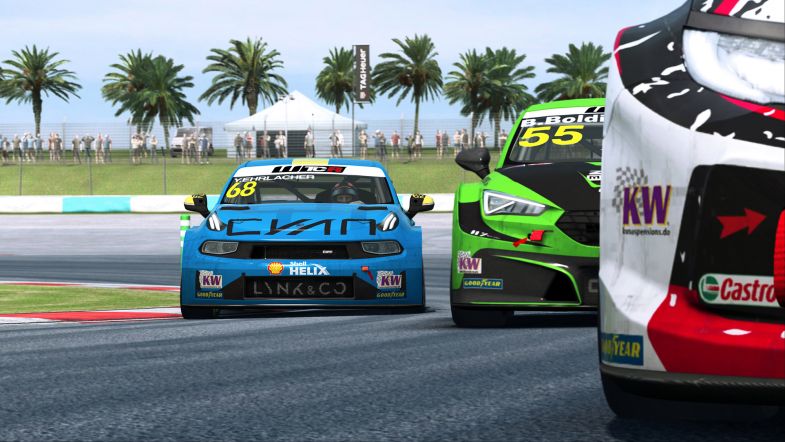 Yann Ehrlacher managed to secure the 2020 Pre-season Esports WTCR Championship title by a five-point margin to reigning real-life champion Norbert Michelisz in the season finale at the virtual version of Sepang International Circuit.

And the Honda duo ran away as the lights went to green, with Guerrieri winning the race one second ahead of Girolami.

The final race of the season saw Peugeot driver Aurelien Comte starting from the reversed grid pole position. But the Frenchman was quickly passed by Michelisz and Zengo Motorsport driver Bence Boldisz.

Michelisz managed to pull up a gap while the others fought hard behind him.

Former points leader Mat’o Homola and Guerrieri battled for second place, with the Honda driver managing to get past at Turn 1 with six minutes left of the race.

The Münnich Motorsport driver then chased down Michelisz, bringing the gap to less than one second as they started the final lap.

But it was not enough and Michelisz won the race by seven tenths of a second while Azcona finished third, four seconds behind.