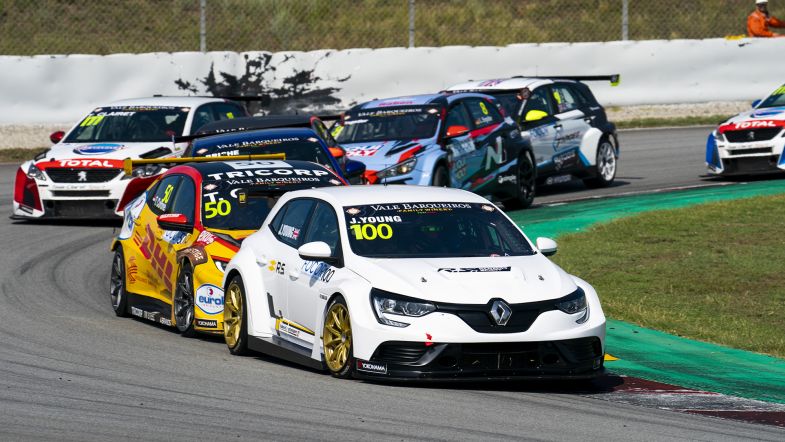 The Swiss-based team will run the latest incarnation of the Renault Mégane RS TCR and has signed up current Renault Clio UK champion Jack Young to drive the single-car entry.

The 18-year-old joined Vuković for the TCR Europe rounds in Barcelona last season, where he secured a brace of fourth place finishes.

The move into WTCR comes after the COVID-19 pandemic resulted in a calendar focused solely in Europe, and that opened the door for single car programmes.

“From the beginning of our project it was our target to compete in the WTCR,” team boss Milenko Vuković said. “Because of the pandemic and the fewer race weekends that are all here in Europe, it made sense for us to go to WTCR this season.

“We want to consistently deliver good results throughout the whole. We know the competition in the WTCR is very high, but our whole team has worked very hard to stay competitive. We are very excited to bring the Renault brand to the WTCR − FIA World Touring Car Cup for the first time.

“Jack proved last year that he can fight with the frontrunners with our car. Since last year he is our official driver and did all the development testing with our current specification Mégane RS TCR.”

Having originally planned to compete with the team in TCR Europe this season, Young said he was excited by the prospect of instead moving up to WTCR as the youngest driver in the field.

“Everything has just developed so quickly from winning the Clio Cup in the UK to driving a TCR car in Barcelona,” he said. “That was a fabulous experience and I was really happy to show the potential in the Renault.

“The plan then was for a full season in TCR Europe this year. But circumstances prevented that, obviously. However, when one door closes, another opens and suddenly the possibility to step up to WTCR with the new Renault from Vuković Motorsport came along, I jumped at the chance.

“I’ve been racing against people who are much older than me for my whole career so I’m used to being the ‘new kid’. I realise that I’m on a steep learning curve but I’ve shown that I can learn quickly.

“My aim is simply to do the best I can, to gain as much experience as I can and to enjoy the championship. We’re confident with the car, we’ve been developing the car and it’s fast. We’re going in with high hopes.”