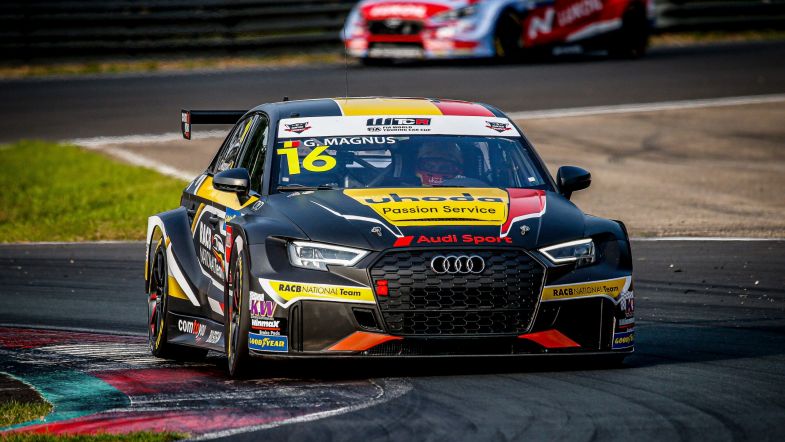 World Touring Car Cup rookie Gilles Magnus made good use of his local knowledge to top the times in final practice for the Zolder season-opener, leading the way at home in a Comtoyou Racing 1-2.

The Belgian team have been on strong form throughout the weekend so far, and Magnus duly headed team-mate Nathanaël Berthon by 0.137 seconds in FP2 – with the squad’s third Audi RS 3 LMS taking fourth with Tom Coronel.

Magnus, who races with RACB National Team branding on his car with full support from the Belgian ASN, recorded the fastest time seen so far at Zolder this weekend at 1:36.065.

Only Yvan Muller was able to interfere in Comtoyou Racing’s stranglehold up front, the Frenchman surviving a wild slide into the Thierry Boutsen chicane to take third for Lynk & Co Cyan Racing. His team-mate Thed Björk was fifth.

It was a closely-contested session throughout the pack, with the top 12 covered by less than six tenths of a second heading into qualifying this afternoon.

Just outside of that span, Jack Young continued to make progress in the Vuković Motorsport Renault Mégane RS TCR, taking 13th within a second of the leading pace.

Young, the only Briton in the 2020 WTCR, spun at Turn 1 late in the session however, bringing out the red flags and causing running to end two minutes prematurely.

The Hyundai teams were uncharacteristically off the pace in final practice, with Luca Engstler the top i30 N TCR runner in 14th – a full second behind Magnus.

Norbert Michelisz, Gabriele Tarquini and Nicky Catsburg could only manage P18, P20 and P21 respectively, putting a question mark behind the Hyundai effort as we head into the first qualifying session of the year at 14:00 CEST.