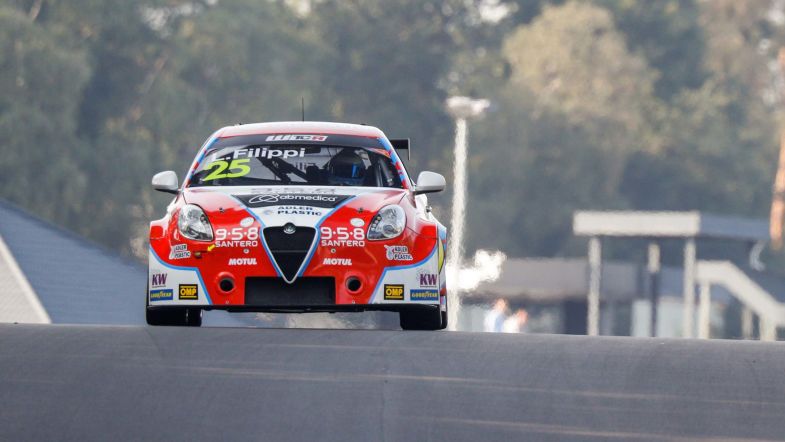 Luca Filippi and Gábor Kismarty-Lechner have both been stripped of their qualifying times for the WTCR season-opener at Zolder for failing to stop at the weighbridge.

The stewards deemed both Filippi and Kismarty-Lechner to have breached article 28.2 of the WTCR sporting regulations during Q1 of qualifying, cancelling all of their lap times.

The penalties have little practical impact on the weekend, with Team Mulsanne Alfa Romeo’s Filippi having only managed 19th in qualifying and Kismarty-Lechner lapping nearly four seconds off the pace in 22nd and last aboard his Zengő Motorsport CUPRA.

Filippi, a wild card entry for this weekend, has had an eventful time so far in Belgium.

The Italian was caught speeding in the pitlane in final practice, clocked at 68 km/h which handed him a €400 fine (€50 per km/h).

He then failed to slow under yellow flags in the same session, picking up a five-place grid penalty for Race 1, although that is effectively superseded by the subsequent cancellation of his qualifying times for the weighbridge violation.

Filippi has now picked up four penalty points for his trio of offences; a third of the 12 accepted before a driver is suspended for the following event.

Qualy done!
Unfortunately my lap times were deleted so I will be forced to start from last on the grid 🤦‍♂️.
I didn’t stop at the FIA garage as I missed the red light at pit entry🚦, my bad!🤷‍♂️
Tomorrow is another day💪🏼 pic.twitter.com/HfGYpKNrFv