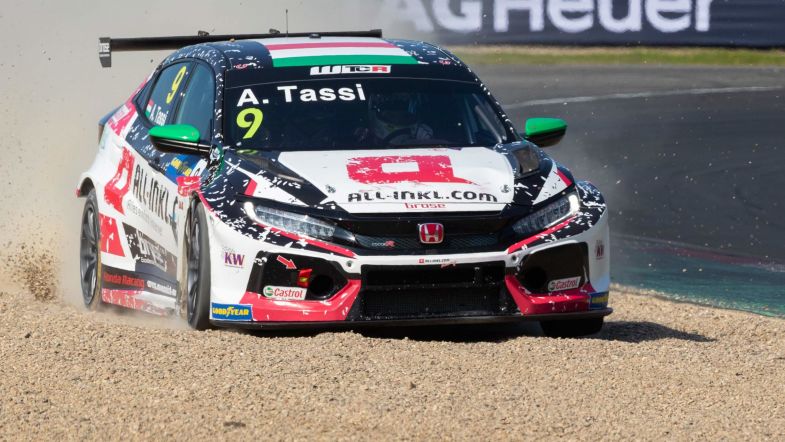 Münnich Motorsport’s Attila Tassi and Tiago Monteiro have each picked up a post-race penalty for separate incidents with WTCR rookie Jack Young in the final race of the season-opening Zolder round.

Tassi and Monteiro were stuck behind Young’s Vuković Motorsport-run Renault Mégane RS TCR for much of Sunday’s second race, and Monteiro ultimately tagged the British newcomer at Turn 2 in a move that simultaneously allowed the Portuguese through.

Tassi later ran into the back of Young at the Villeneuve chicane, punting him into the gravel trap and bringing out a race-ending safety car.

The stewards have now dealt Monteiro a ten-second time penalty, while Tassi incurs an even more draconian 30-second sentence in lieu of a drive-through.

Monteiro and Tassi went on to finish 15th and 16th, but are demoted to 19th and 20th with the penalties applied, elevating 2018 champion Gabriele Tarquini (BRC Hyundai) to the final points-paying position in 15th.