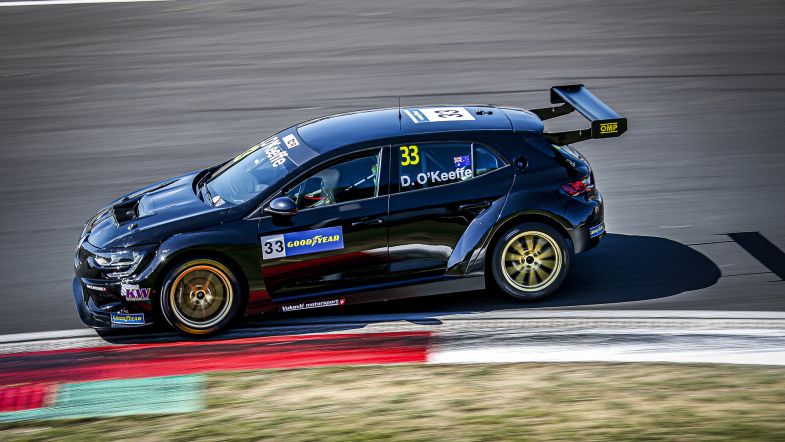 Dylan O’Keeffe made his World Touring Car Cup debut in the Zolder season opener last weekend and is keen for more.

“It was a good experience. I don’t want to leave it at just that. I definitely want go back and do more,” said O’Keeffe.

“The series is obviously very competitive, but I feel we showed that we weren’t out of our depth. I’m really keen to get back over there and do it again.”

The Australian drove a Renault Megane RS TCR for Vukovic Motorsport at Zolder, finishing 13th in the first race and 12th in the second.

O’Keeffe has signed for Garry Rogers Motorsport for the delayed 2020 TCR Australia season and is currently on his way back to Australia.

“GRM showed glimpse of pace last year, but the reliability let them down,” said O’Keeffe.

“Touch wood, we’ve sorted that. Our car ran all weekend with no reliability problems, and neither did the other car (Jack Young).

“This certainly gives me a lot of confidence ahead of the TCR Australia Series, and I really can’t wait for that to get started.”

Vukovic Motorsport has entered one car for Jack Young for the full WTCR season, with potential further wild card entries with the second car that O’Keeffe drove later this year.